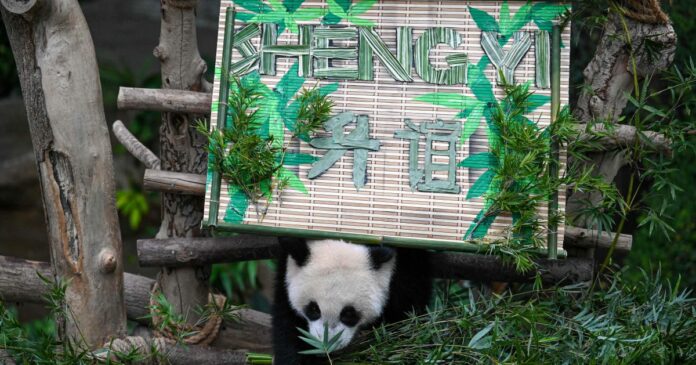 KUALA LUMPUR, May 25 — After almost a year of being born, the third cub of Giant Panda couple Xing Xing and Liang Liang from China has been finally given a name – Sheng Yi – which means peace and friendship.

Energy and Natural Resources Minister Datuk Seri Takiyuddin Hassan said the female cub, which was born on May 31 last year weighing around 140 grammes, was in good health and now weighs more than 27 kilogrammes.

“The Malaysian government hopes that Sheng Yi will be able to further boost the existing friendship between Malaysia and China,” he said in a statement after attending the naming ceremony here today.

Sheng Yi has been on public display since December 2021.

Zoo Negara (National Zoo) deputy president Rosly @Rahmat Amat Lana in April had said that Zoo Negara was still waiting for the green light from the government regarding Yi Yi’s repatriation back to China.

The giant panda pair, which became a symbol of 40 years of diplomatic ties between Malaysia and China, arrived in the country on May 21, 2014 and will be here for a period of 10 years under the Giant Panda International Conservation Cooperation Agreement Programme.

Former Minister of Energy and Natural Resources Datuk Dr Shamsul Anuar Nasarah, in a report on Dec 2, 2020 had said that every cub born to the Giant Panda couple must be sent back to China at a minimum age of 24 months and not beyond four years old.