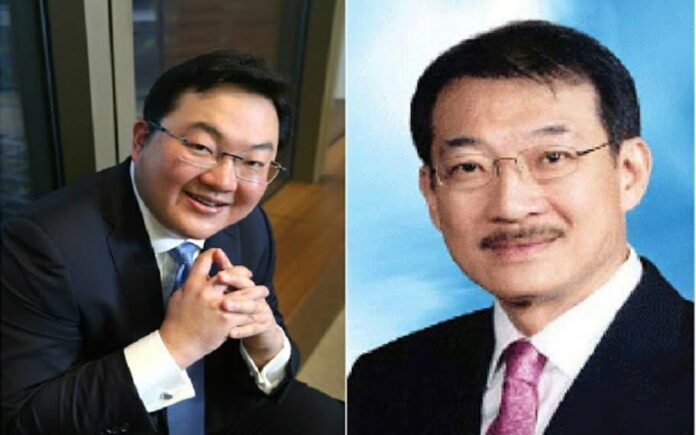 KUALA LUMPUR, May 25 — Fugitive businessman Low Taek Jho or Jho Low and his father have failed to set aside a court order preventing them from transferring or dissipating any of their assets in Malaysia amounting to US$1.03 billion and US$401.5 million respectively.

This follows the decision of High Court judge Hayatul Akmal Abdul Aziz in dismissing Jho Low and Tan Sri Larry Low Hock Peng’s application to set aside the Mareva injunction obtained by 1Malaysia Development Berhad (1MDB) and one of its subsidiaries.

The judge made the ruling after hearing submissions from both parties during online proceedings today.

The counsel said the court also granted several supplementary orders including that personal service of the inter partes order be dispensed with, and service by leaving a copy at the duo’s last known address in Tanjung Bungah and serve on their solicitors on record.

Siva Kumar said the court also ordered Jho Low and his father to comply with the inter-partes Mareva disclosure order (of their assets and whereabouts) within 14 days of service of order through their solicitor.

“If Jho Low and his father did not comply with the inter-partes Mareva disclosure orders, they would be debarred from being heard in the proceedings, their defence would be struck out and 1MDB would be at liberty to apply to enter a judgment against them.

“The court also allowed our application to amend the writ (of summons) but it relates to a minor matter on the calculation of claim. The next case management has been fixed on June 13,” the counsel said when contacted.

On March 15, Hayatul allowed a Mareva injunction sought by 1MDB and its subsidiary, Global Diversified Investment Company Limited (formerly known as 1MDB Global Investments Limited), which were the first and fifth plaintiffs in 1MDB’s suit against Jho Low, his father as well as several other individuals.

A Mareva injunction is a temporary order which restrains the defendant from disposing of assets until the determination of the case between the plaintiff and the defendant.

The injunction also limits Jho Low and his father from spending more than RM20,000 a month each for living and legal expenses and if they need more than the amount, they need to get prior written permission from 1MDB and Global Diversified’s lawyers.

MCMC building 742 telecommunication towers in Sarawak, to be ready in...