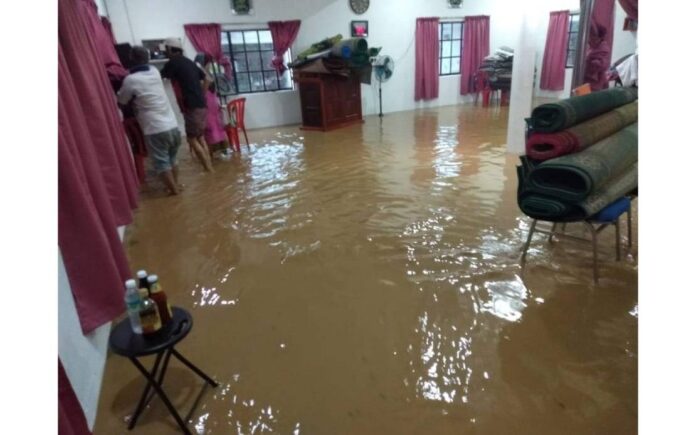 IPOH, May 25 — Several areas in Bidor were hit by flash floods following heavy rain this afternoon.

Noorhidayah Halim, 31, who is a resident of Kampung Pasir Jalan Bruseh, said the area was inundated with chest-high floodwaters at about 4.30 pm, adding that they could only watch while their furniture and electrical appliances were submerged in the flooding.

“We are still waiting for help and we cannot leave this housing area as our vehicles are also affected… only boats can be used to evacuate us as the currents are strong,” she said when contacted by Bernama.

Marhaini Haris Fadzilah, 41, a resident of Kampung Poh said floodwaters receded at about 6.30 pm, however, most houses were badly affected and muddied in the aftermath of the sudden flooding.

“Villagers are cleaning their houses now while the fire brigade and police are monitoring the flooded areas,” she said.

The mother of two said it has been a long time since the last time Bidor was hit by massive floods, adding that the residents were caught unprepared by the incident.

Perak Fire and Rescue Department spokesperson said the department was getting the latest information regarding the disaster.