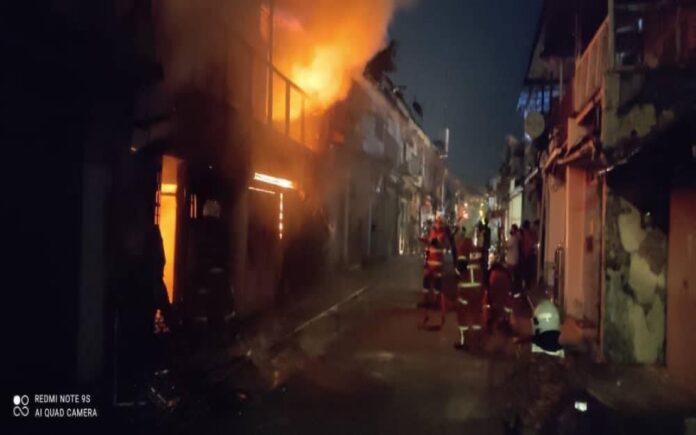 MELAKA, June 8 — An elderly woman died after being trapped in a burning shophouse on Jonker Walk, last night.

A Melaka Fire and Rescue Department spokesman said in the 9.37pm incident, Koo Kim Foong, 75, suffered burns to at least 70 per cent of her body.

“The victim was found unconscious by firemen and she was pronounced dead at the scene by a medical officer.

“The fire involved two temporary shophouses which were about 80 per cent destroyed,” he said when contacted here today.

He said 23 firemen along with two fire engines from the Melaka Tengah and Padang Temu stations were deployed to the scene.

The fire was brought under control within 20 minutes while  the cause of the incident and amount of losses incurred were still under investigation.