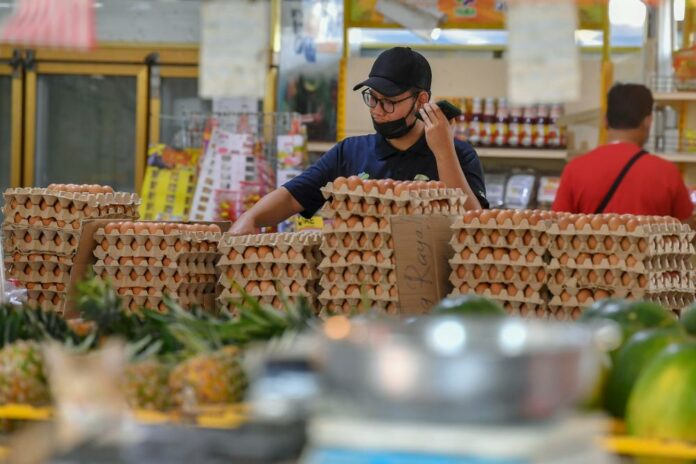 In a press conference after chairing an engagement session with stakeholders in the poultry industry here, Nanta said the move was implemented to ensure that the supply of food in the market was more stable and prices were stabilised in the long run.

“Chicken prices will be floated and will depend on market forces. The needy group will be assisted later with targeted financial aid, ” he said adding that details on the financial aid would be announced by the Ministry of Finance.

Currently, the government sets the maximum retail price of chicken and eggs for Peninsular Malaysia at RM8.90 per kg for standard chicken and RM9.90 per kg for super whole chicken (slaughtered and cleaned without legs, head, liver and gizzard).

Nanta informed that the subsidy for cooking oil in one kg polybag packages which is offered to consumers at RM2.50 per packet would continue.

On the abolition of the palm cooking oil subsidy in bottled packaging, he said the subsidy for the goods has reached RM20 million a month.

“This was a temporary programme and should have been implemented for  three months but it went on until today.

“The government feels it is time to abolish it and focus more on helping the needy,” he said.

The government had previously set a maximum retail price for palm cooking oil in bottle packaging effective Aug 1 last year, with the assurance that consumers would be able to buy cooking oil at below RM30 for a five kg bottle.

In the engagement session today, Nanta said the poultry industry players assured that prices for  chicken would not increase drastically.

“Interestingly, the industry has given their commitment to assist the government in ensuring that consumers will be able to get supplies of necessities, especially chicken, at reasonable and stable prices,” he said.

He, however, stressed that KPDNHEP would take action in accordance with the existing rules on those who take the opportunity to increase the price of goods excessively.

“The ministry will not hesitate to act against industry players if they violate the existing anti-profiteering regulations,” he said.

When asked about flour subsidy, he said the subsidy would continue for now.