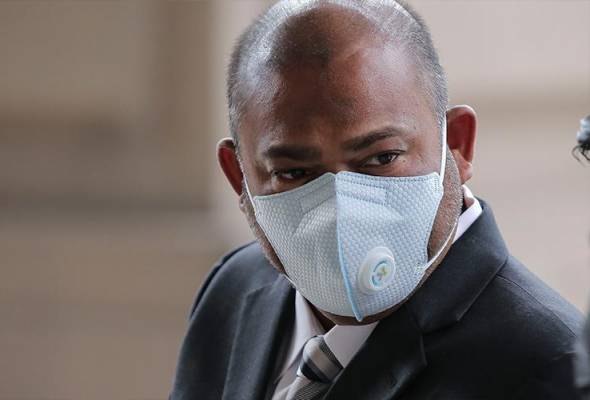 KUALA LUMPUR, June 23 — Former Tabung Haji chairman Datuk Seri Abdul Azeez Abdul Rahim, who is currently on trial for corruption and money laundering in connection with road projects in Perak and Kedah, have submitted a representation to the Attorney-General Chambers (AGC) to drop the charges.

“For the court’s information, the decision on Abdul Azeez’s application at the Court of Appeal to strike out all his charges was set on July 1,” she said at case mention proceedings before Sessions Court Judge Azura Alwi.

The court then fixed Aug 30 as case re-mention to inform the status of the representation and the decision on the appeal.

Abdul Azeez, 55, is facing three charges of receiving bribes worth RM5.2 million in connection with road projects in Perak and Kedah and 10 counts of money laundering involving a total of RM13.9 million that he allegedly received from Menuju Asas Sdn Bhd.

On March 12, the High Court dismissed Abdul Azeez’s application to quash three corruption charges he is facing pertaining to road projects in Perak and Kedah, as well as 10 charges for money laundering.

The High Court also allowed Abdul Azeez, who is Baling Member of Parliament, to adjourn the hearing of his case in the Sessions Court pending the outcome of the appeal in the Court of Appeal.

The hearing of Abdul Azeez’s case began on Aug 19, 2020, in the Sessions Court whereby seven prosecution witnesses had been called to testify.