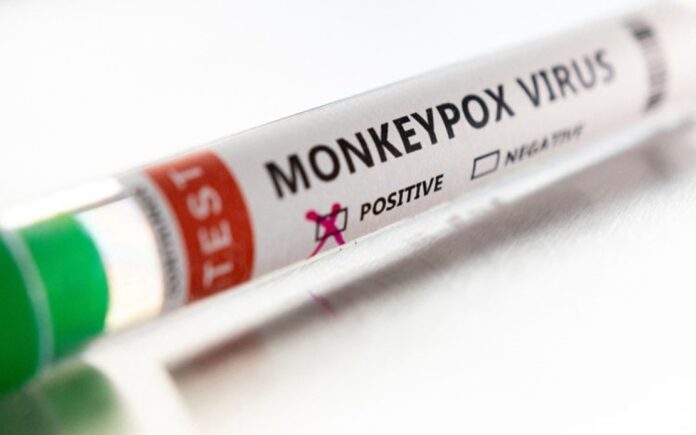 TAIPEI, June 24 — A man who recently returned from Germany has been diagnosed with monkeypox, in the first confirmed case of the viral disease in Taiwan, the Centres for Disease Control (CDC) said Friday.

The man developed symptoms including fever, sore throat, muscle pain, swollen lymph nodes in the groin, and skin rash on June 20, four days after his return to Taiwan, Central News Agency (CNA) quoted CDC as saying in a statement.

Over the next two days, he sought medical attention, and his case was reported to the CDC as a possible monkeypox infection. On Friday, his test came back positive for the disease.

The man, who had been studying in Germany, is now quarantined in hospital, and health authorities are conducting contact tracing.

So far, five people have been listed as contacts — three medical workers and two of the patient’s relatives — and their health is being monitored, CDC Deputy Director-General Chuang Jen Hsaing told reporters Friday.

On Thursday, the CDC officially designated monkeypox as a category two communicable disease, citing the global spread of the viral disease.

The designation means that physicians are now required to report confirmed or suspected cases of monkeypox to the CDC within 24 hours.

The CDC also said Thursday that it had ruled out a suspected monkeypox case involving a man in his 60s, which was reported last week.

The disease is caused by the monkeypox virus, which can spread through close contact with an infected animal or person, and transmission occurs through direct contact with the infectious rash, scabs, body fluids, or materials contaminated with the virus.

Since the first reports of monkeypox infections in the United Kingdom in mid-May, at least 3,598 cases have been confirmed in 50 countries around the world, mostly in Europe and the Americas, according to the CDC.

Technical problems, communication failure among cause of LRT train collision on...