马中透视 MCI
Home Editor's Pick EWS to be installed in areas at risk of geological disasters –... 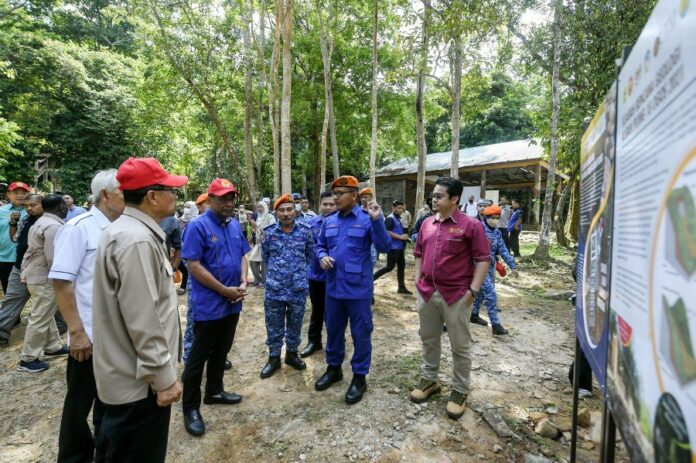 YAN, June 26 — Areas identified as being at high risk of geological disasters, especially debris flow, will be given priority for the installation of an Early Warning System (EWS), said Energy and Natural Resources Minister Datuk Seri Takiyuddin Hassan.

He said the Minerals and Geoscience Department (JMG) had information on the risky locations, but it could not be disclosed at this time.

“According to our experts, there may be an area at risk and needs to be given priority. We cannot wait until a disaster strikes before taking action,” he told reporters after attending the EWS Debris Flow Geological Disaster awareness programme with Jerai Geopark community here today.

He said the EWS, which was installed at Titi Hayun here following the debris flow disaster in August last year, was a pilot project that would be used as a national benchmark and model in reducing the risk of such disasters.

The system will be installed in other locations based on the plans being drawn up by the ministry and JMG, he said.

“(For example) in Sabah, there was a development project done in high risk area (but) the construction of the bridge had to be stopped. We do not want incidents or disasters to occur after 10 years of project completion,” he said.