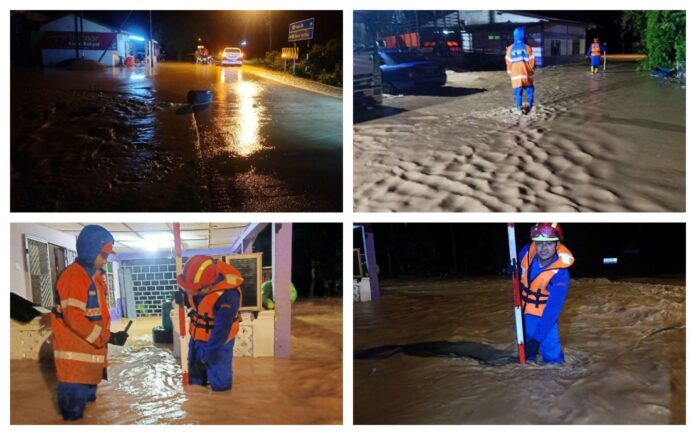 However, according to the Malaysian Civil Defence (APM) officer in Sik, Lieutenant (PA) Haisul Aishah Mohd Napiah said however, no flood relief centres has been opened as the victims sought shelter at the homes of relatives and friends.

Haisul Aishah said the water started rising and entered into the homes of the villagers at  1.20 am.

As at press time, she said, the rain had stopped and the flood water in some areas had receded.

In Padang Terap, seven houses were affected and they were in Ladang Sungai Tekai, Mukim Naka..

However, no flood relief centre has been opened yet to accommodate the victims.