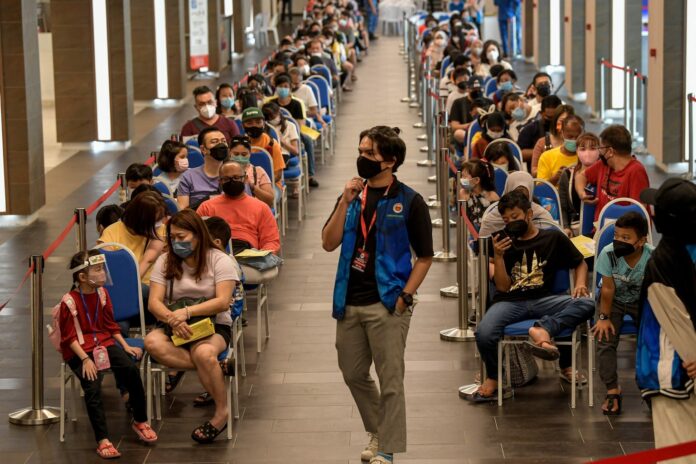 In a statement today on the recommendation by the Technical Working Committee (TWG) for the COVID-19 vaccine, Khairy said the procedure or mechanism for the implementation of the third dose as well as the first booster dose for adolescents would be finalised and announced soon.

He said the recommendation had been made based on the current situation on the level of effectiveness of the vaccine among high-risk adolescents.

Khairy said the TWG recommended that the booster dose for individuals with moderate to severe immunocompromised conditions aged between 12 and 17 be re-categorised as the third dose and complement the primary vaccination.

“Only after completing the three-dose primary series, then the first booster dose can be given to people with moderate to severe immunocompromised conditions aged between 12 and 17.

“This measure aims to provide optimal protection to this group of teenagers from the risk of getting COVID-19 infection with severe symptoms,” he said.

On April 14, the Ministry of Health (MOH) announced the administration of a booster dose to moderately to severely immunocompromised individuals aged 12 years and above.

As of yesterday, the vaccination rate of the primary dose of COVID-19 vaccine for adolescents was at 93.5 per cent.

However, studies from abroad have shown that the level of effectiveness of the vaccine on hospital admission among adolescents after five to 10 months of receiving a second dose decreased by 42 to 73 per cent.

Khairy said additional doses either to complete the three-dose primary vaccination series or as first and second booster doses would be given to individuals diagnosed with moderate to severe immunocompromised conditions by government or private physicians.

Khairy said additional doses for individuals aged between five and 11 would be given at least eight weeks after their second dose.

For individuals between the ages of 12 and 17, he said they would receive an additional dose at least 28 days after receiving the second dose.

He said the second booster dose would be given to individuals between the ages of 18 and 59, including frontline health workers such as medical officers and nurses who were at high risk of getting a serious or severe COVID-19 infection.

“These people will receive a second booster dose at least six months after the first booster dose and after discussing with any registered medical practitioner,” he said.

For CanSino heterologous booster, he said recipients (18 years and above) must have received the second dose of their primary vaccine at least three months ago.