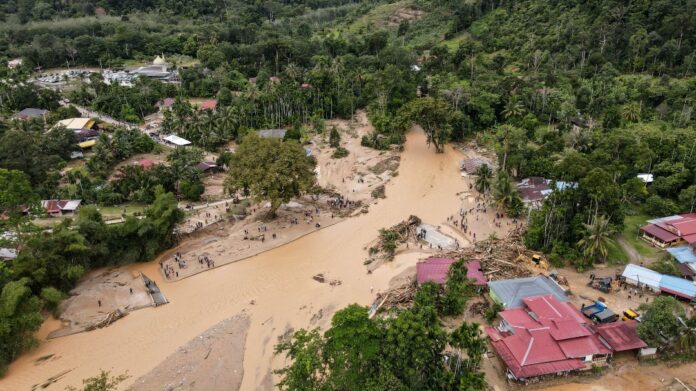 BALING, July 5 — The Musang King durian planting project in Gunung Inas here which alleged to be one of the causes of floods and water surge phenomena that hit several villages in the district yesterday afternoon, must be stopped.

“The memorandum was signed by 900 residents, who have protested the project many times.

“This project was approved by the state government before, this issue has been going, not just for one month but for many years,” he said when met after visiting the area affected by the floods and water surge phenomenon at Kampung Iboi here today.

He also expressed his sadness over the incident which killed three people aged between 14 and 53, including a four-month pregnant woman.

“I have said in Parliament six months ago, we need RM300 million to resolve the flood issue in Baling, I have repeatedly appealed, including to the Ministry of Environment and Water, and finally something terrible happens,” he said.

Meanwhile, Muhammad Sanusi in a press conference today said the allegation that the Musang King durian planting project in Gunung Inas was the cause of the incident has not been confirmed.