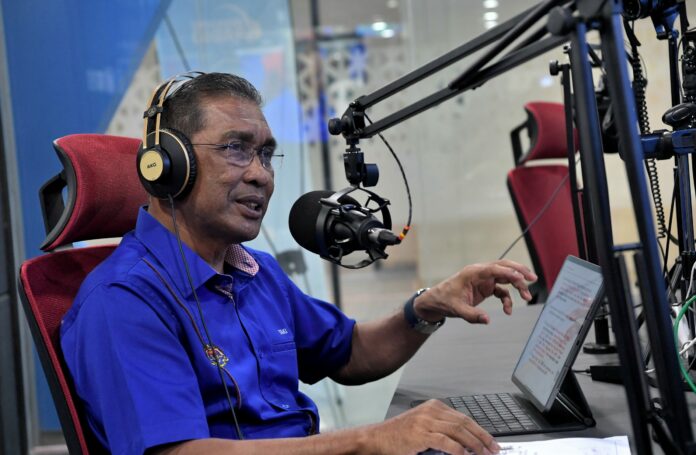 KUALA LUMPUR, July 5 — No active logging activity has been reported in the Gunung Inas Forest Reserve area  that could have resulted in a headwater phenomenon (kepala air)  and flash floods in Baling yesterday, said Energy and Natural Resources Datuk Seri Takiyuddin Hassan

He said a report  by the Forestry Department of Peninsular Malaysia (JPSM) confirmed that there was no active logging activity in the area concerned, but forest development had been carried out in compartment eight, Gunung Inas Forest Reserve, since 2019 and was approved by the Kedah state government.

He said the forest development was carried out for reforestation purpose and so far, more than 5,000 trees had been planted in the ​​52-hectare area.

“JPSM has investigated the matter and confirmed that the trees that were washed away are not from logging activities as they are swept along with their roots,” he told Bernama after appearing as a guest on Bernama Radio’s Jendela Fikir programme today.

Mud floods in Baling yesterday caused hundreds of residents to be evacuated to several relief centres (PPS) with more than 80 houses affected.

Takiyuddin said he was saddened by disaster.

“This is a natural disaster, there may be many reasons for it to happen and that is why the ministry is very serious in taking care of biodiversity and the environment,” he said.

I’m honoured but let me think about it, Shafie says on...