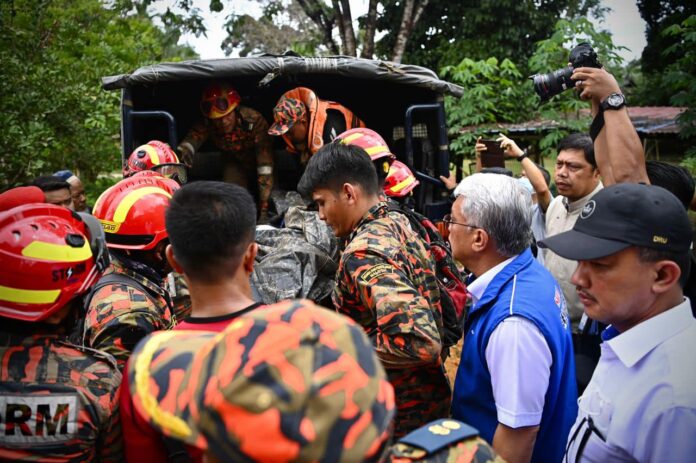 Even though he is now in Turkiye for a four-day official visit, Ismail Sabri said he was always following the development of the flood situation affecting the Malaysian families in Baling.

“I have instructed my political secretary, Datuk Mohammad Anuar Mohd Yunus, to go to the location on my behalf to check on the situation and ensure that aid and assistance were provided to the victims as soon as possible,” he said in a posting on Facebook today where he also shared several photographs and videos of Mohammad Anuar’s visit to Baling.

The Prime Minister also expressed sadness over the floods, which had so far claimed three lives, and prayed that all victims would stay strong in facing this difficult situation.

“My heartfelt condolences to those who just lost their loved ones. Let us recite Al-Fatihah and pray that their souls will be placed among pious and the righteous,” he said.

The floods that hit Baling yesterday had caused hundreds of residents to be evacuated to several temporary shelters as more than 80 houses were affected.

Elon Musk strikes deal to buy Twitter for US$44 billion