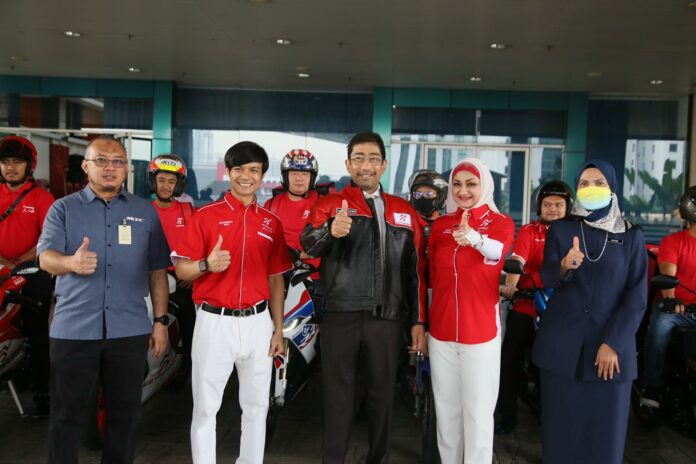 KUALA LUMPUR, July 5 — The #SayaDigital movement, which aims at improving the digital skills of the people, is focusing on efforts to promote digital culture and popularise digital economy to drive digital adoption among young entrepreneurs, companies and the general public.

Deputy Minister of Communications and Multimedia Datuk Zahidi Zainul Abidin said it was one of the three components of the Malaysia Digital initiative launched by Prime Minister Datuk Seri Ismail Sabri Yaakob yesterday.

He said the movement comprised the existing digital economy programmes organised by the Malaysian Digital Economy Corporation (MDEC) for entrepreneurs, traders (micro, small and medium-scale) as well as the public, such as jobseekers and unemployed graduates.

“The #SayaDigital movement also comprises #SayaDigital Income in which the participants find the method to generate income, either main or side income, and keep their side of the bargain while being assisted or obtained through the digital platform,” he said when appearing as a guest in RTM’s Selamat Pagi Malaysia programme today.

Speaking to reporters at Angkasapuri later, Zahidi said there were 116 digital platforms developed and managed by local talents, such as GetRunner, Bateriku and PantangPlus.

He said the Ministry of Communications and Multimedia was responsible for overseeing the programme and was involved in verifying the authenticity of the existing platforms to ensure that they were not only capable of offering job opportunities but also making payments to the workers involved.

Meanwhile, Zahidi also flagged off eight GetRunner’s food delivery riders to symbolise the expansion of its operations to the Klang Valley today.

He said GetRunner is a platform for on-demand food delivery service which began in 2018 and had been operating in Kelantan and Terengganu.

“GetRunner does not take a commission from the riders and vendors, hence making its delivery service cheaper than others,” he added.