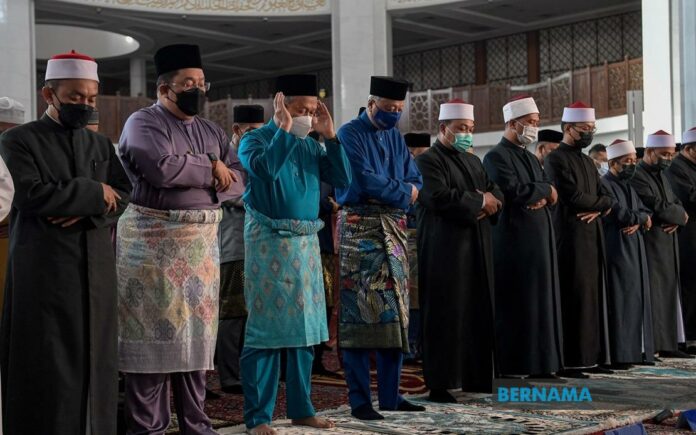 KUALA LUMPUR, July 10 — The government is monitoring the extension of aid to flood victims in Baling, Kedah to ensure there are no delays, especially in efforts to restore affected houses.

Prime Minister Datuk Seri Ismail Sabri Yaakob said priority would be given to repairing damaged houses or building new ones.

“After the floods happened that afternoon (July 4), the next morning we announced the extension of cash aid to them (victims) but houses are very important; need to speed up work to repair or rebuild affected houses.

“Places of accommodation are the most important, apart from cash aid,” he told reporters after performing Aidiladha prayers at Masjid Wilayah Persekutuan here today.

On July 5, Ismail Sabri announced immediate aid for some 1,490 flood victims to be given through 112 heads of household (KIR), comprising RM1,000 in compassionate payment, RM2,500 for basic necessities, RM500 for electrical appliances, and assistance for house repairs.

On July 4, several areas in Baling were inundated after a three-hour downpour. The floods damaged dozens of houses, displaced more than 1,000 people and claimed three lives.

Ismail Sabri, dressed in blue baju Melayu, arrived at the mosque about 8.05 am to join some 1,000 people to perform the Aidiladha prayers.

After the sermon, the prime minister mingled and took photos with worshippers before leaving at about 9.15 am.