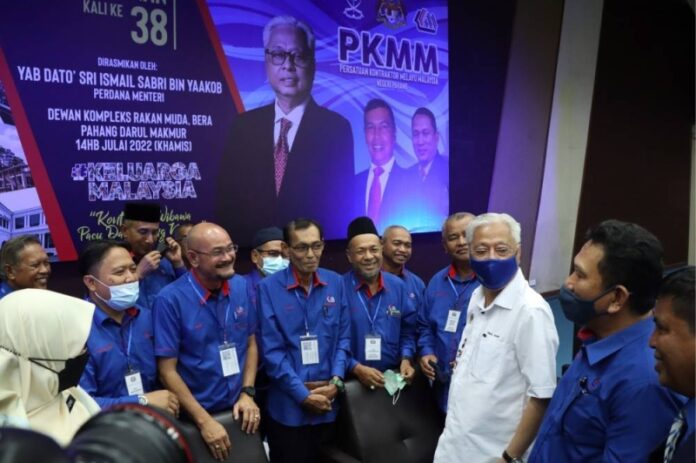 This will also ensure projects are completed on time, the prime minister said, adding that there were now 15 items in the VOP, including cement, bricks, glass and ceiling and roof materials.

“The government is aware of the unavoidable hike in building material prices following global economic uncertainties and the Russia-Ukraine geopolitical conflict. I was made to understand that building materials, including steel, which is among the main items in the implementation of projects, have gone up by 180 per cent.

“However, the government always listens and understands these issues and have reinstated the VOP to ensure projects are completed on time,” he said when opening the Pahang Malay Contractors Association’s 38th annual general meeting here today.

He said this was due to complaints received from contractors that it was difficult for them to continue construction projects after the hike in building materials has not made them any profits, some to the extent of wanting to hand over back the projects.

In his speech, the prime minister said the government was always committed to reviving affected economic sectors through the implementation of development projects and micro-credit financing facilities in the construction sector.

Ismail Sabri said the government also continued the implementation of national infrastructure development projects worth RM3.5 billion such as the construction of the Pan Borneo Highway and Central Spine Road as well as an allocation of RM2.9 billion to continue small and medium-sized projects for Grade G1 to G4 contractors.

At the event, the prime minister approved an allocation of RM100,000 to Pahang PKMM for administrative expenses, taking into account the association’s success in looking after the welfare of its 1,800 members as well as actively helping flood victims in the state.

Still room for UMNO and PAS to cooperate through MN –...