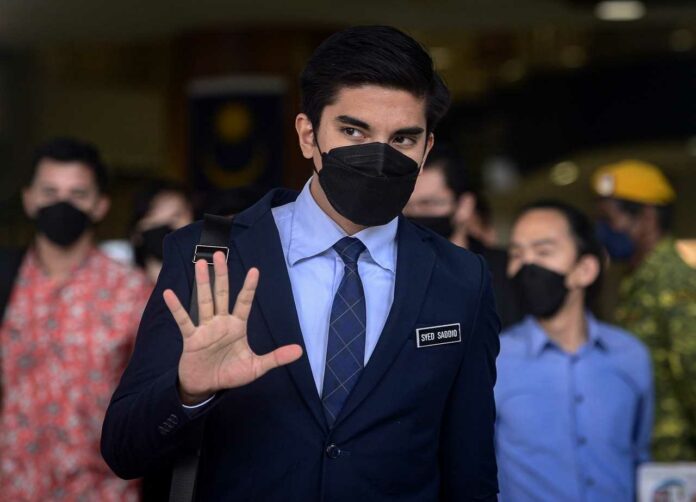 The Muar’s MP sought to impeach the testimony of Rafiq Hakim Razali, the former Angkatan Bersatu Anak Muda (Armada) assistant treasurer following discrepancies in the latter’s witness statement and his oral testimony in court regarding the procedure for withdrawing RM1 million from the Armada’s bank account.

Judicial Commissioner Datuk Azhar Abdul Hamid in his decision said Rafiq Hakim’s statement, which was not tendered in court, cannot be used to impeach the credibility of the witness.

“I agree with the submission advanced by the prosecution that the statement which the defence sought to rely on is not a witness statement defined under Section 402(B) Criminal Procedural Code (CPC).

“Therefore that statement cannot be used as a basis to impeach the credibility of the witness,” he said.

Section 402(B) of the CPC states that in any criminal proceedings, a written statement by any person shall, with the consent of the parties to the proceedings be admissible as evidence to the like extent as oral evidence by that person.

On July 7, counsel Gobind Singh Deo, who represented Syed Saddiq, said the court could use its discretion to allow the defence to start proceedings to challenge Rafiq Hakim’s credibility because the document referred to, namely the witness statement, was not tendered in court by the prosecution.

However, Deputy Public Prosecutor Datuk Wan Shaharuddin Wan Ladin said if the defence wished to challenge the credibility of the witness, the latter’s witness statement would have to be tendered in court and used as an exhibit.

After JC Azhar delivered his decision, Gobind told the court they were seeking a fresh bid to obtain Rafiq Hakim’s statements which were recorded by the Malaysian Anti-Corruption Commission (MACC) in 2020 during its investigation.

Wan Shaharuddin, however, objected as there was no longer a need to challenge the credibility of the 13th prosecution witness as he had admitted to the court that there was a little discrepancy between his oral testimony in court and his written witness statement.

JC Azhar then set this Friday for the prosecution and defence to make further submissions before he gave his decision.

Syed Saddiq, 29, was charged as the then Armada chief – entrusted with control of Armada funds – with abetting Rafiq Hakim with CBT of RM1 million in funds belonging to the wing.

He was also charged with misusing property for himself, namely RM120,000 from the Maybank Islamic Berhad account belonging to Armada Bumi Bersatu Enterprise by causing Rafiq Hakim to dispose of the money at Malayan Banking Berhad, Jalan Pandan 3/6A, Taman Pandan Jaya here between April 8 and 21, 2018.

He also faces two counts of engaging in money laundering activities, namely two transactions of RM50,000, believed to be proceeds of unlawful activities, from his Maybank Islamic Berhad account into his Amanah Saham Bumiputera account.

He is alleged to have committed the offence at a bank at Jalan Persisiran Perling, Taman Perling, Johor Bahru on June 16 and 19, 2018.

Eight years on, mystery of MH370 is remembered