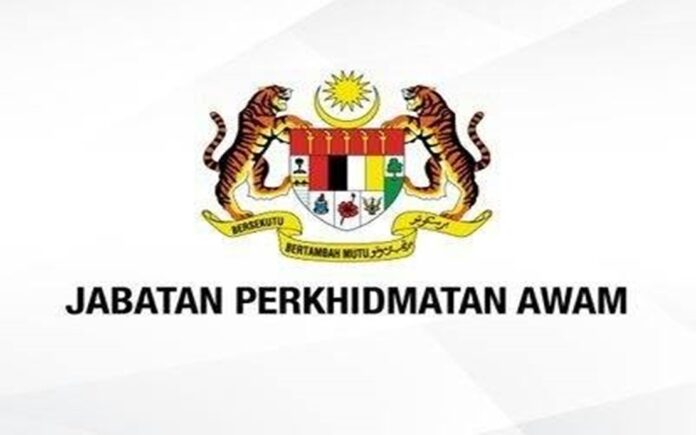 In a statement issued today, PSD said the allegation was baseless and malicious and intended to tarnish the KPPA’s image as a high ranking government officer.

The department viewed the allegation as serious and recommended proper investigation to be conducted by the relevant quarters, it said.

According to the statement, the KPPA had berated an Immigration officer at the KLIA for not adhering to the stipulated practices and procedures on travellers leaving the country.

It claimed the Immigration officer concerned did not check the KPPA’s travel documents, as well as other members in the delegation, and instead told them to proceed to the Customs’ counter.

“The PSD is of the view that non-compliance in checking immigration documents, such as the passport, is a serious offence under the law. In fact, officers who do not comply with Immigration rules to go abroad may be subject to disciplinary action,” read the statement.

The department also denied the Immigration officer was berated in public.

“The KPPA only advised the officer to abide by the rules… He also recommended that the Immigration at KLIA to increase its compliance with standard operating procedures (SOP),” it said.

The incident, which was  viralled  on social media since yesterday, was on a  KLIA Immigration Operations head being scolded in public because no Immigration officer was stationed at the VIP room counter when the high-ranking government official arrived there.

Langkawi to serve as benchmark for opening more travel bubbles –...

Unvaccinated civil servants urged to get jabs before Nov 1