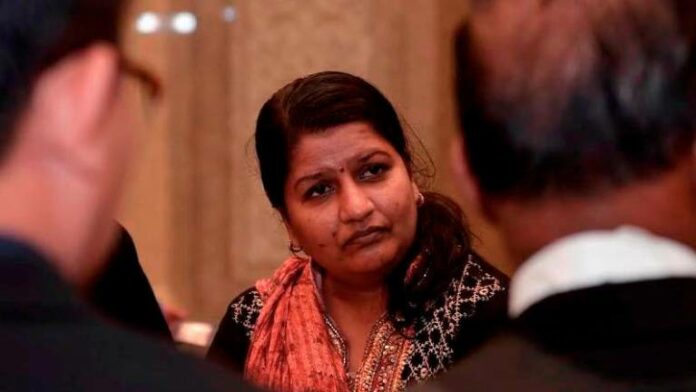 IPOH, Aug 5 — The Ipoh High Court today dismissed an application by M. Indira Gandhi to initiate contempt of court proceedings against the Inspector-General of Police (IGP) and three others for nonfeasance.

Judicial Commissioner Bhupindar Singh Gurcharan Singh Preet made the decision after hearing submissions by both parties. He dismissed the application with no order as to cost.

Indira Gandhi filed the application over alleged failure of the police to arrest her ex-husband and return her daughter who was abducted by him 13 years ago.

The woman, who was with her lawyer, L. Pavitra, when met by reporters outside the court, said she would file an appeal against today’s decision.

Indira Gandhi, 46, filed a suit on 28 Oct 2020 and named the IGP, the Royal Malaysia Police (PDRM), the Home Ministry and the government as the first to fourth defendants.

In her statement of claim, she stated that the IGP had deliberately and negligently disregarded a mandamus order issued by the Federal Court in failing to investigate or take appropriate action to return her youngest child, Prasana Diksa, who is now 14-years-old.

She claimed that IGP, the Home Ministry and the government had a role to play in making decisions or ordering the police to execute the committal warrant against Muhammad Riduan Abdullah, formerly known as K. Pathmanathan, as ordered by the Federal Court on April 29, 2016.

The woman contended that the action by the defendants had directly caused her to be  separated from her daughter until today and also caused Muhammad Riduan to flee.

Prasana Diksa was taken away by Muhammad Riduan  when she was 11-months old, shortly after he converted to Islam.

Over 33,000 Keluarga Malaysia to benefit from PRE2.0 room booking e-vouchers...