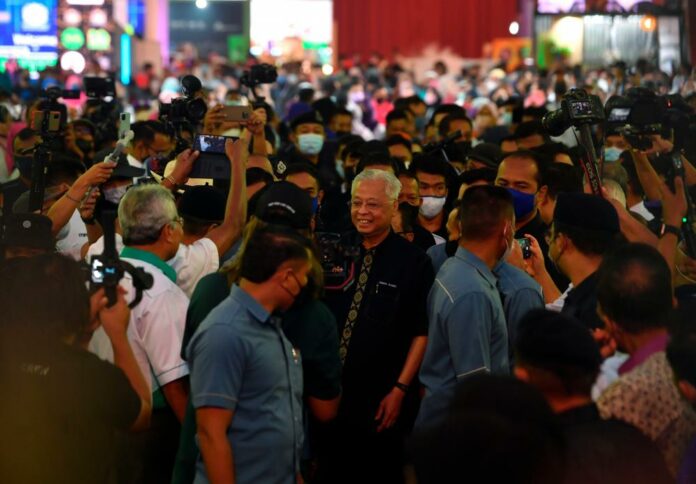 SERDANG, Aug 6 — The intervention measures taken by the government to ensure the security of food supply have paid off as chicken prices are now lower than the ceiling price of RM9.40 per kilogramme, said Prime Minister Datuk Seri Ismail Sabri Yaakob.

Through the measures, he said the government for the first time provided subsidies amounting to RM1.1 billion to chicken breeders to ease their burden as well as to ensure sufficient supply of chicken and eggs and guarantee price stability.

“These measures have shown success because today there is an oversupply of chicken and the prices are also lower than the ceiling price set by the government which is RM 9.40 per kilogramme,” he said when launching the 2022 Malaysian Agriculture, Horticulture and Agro Tourism Exhibition (MAHA 2022) here today.

Despite the disruption of the world’s food supply chain, Ismail Sabri said the government remained committed to managing the lack of food supply despite facing various constraints.

“The government is trying to deal with the manipulation of middlemen and cartels in the agriculture sector and the food supply chain which causes inflation and increase in the prices of goods,” he said.

Ismail Sabri said that yesterday, the Malaysia Competition Commission (MyCC) issued a Proposed Decision against five feedmillers for infringing Section 4 of the Competition Act 2010 and this should serve as a warning against cartels that tried to manipulate prices and the market.

He also wanted the Agriculture and Food Industries Ministry (MAFI) to continue the ‘jihad against middlemen’ through the supply chain control strategy in collaboration with the agencies under it such as establishing a paddy buying centre and fruit collection centre as well as adding farmer’s market and fisherman’s market.

“I once declared ‘jihad against middlemen’ in 2014 when I headed the Ministry of Agriculture and Agro-based Industry because of the actions of middlemen who exploit farmers and fishermen by manipulating prices in the market,” he said.

In the 12th Malaysia Plan, the agro-food sector is expected to grow at a rate of 4.5 per cent per year, thus making the sector a major contributor to the gross domestic product, he added.

Several trade, producer and consumer-oriented measures and strategies have been introduced by the government, among others, to reduce dependence on food imports which reached RM60 billion last year, he said.

The government also ensures that the issue of national food security is always given attention through the Technical Committee to Address Issues of National Food Security and the Special Task Force on Jihad against Inflation, he said.

For a start, he said the padi and rice sub-sector had been selected as a pilot project that would benefit a total of 189,500 padi farmers before being expanded in stages to other sectors such as fisheries, crops and other sub-sectors of the food industry.

“This scheme aims to reduce the financial implications due to crop loss following natural disasters such as floods and droughts as well as disease outbreaks.

“It ensures that padi farmers will get compensation in the event of disruptions to the country’s rice production due to natural disasters or disease outbreaks,” he said.

He added that MAFI through Agrobank had also allocated RM800 million to the agriculture community under the Keluarga Malaysia Agro-Food Financing Fund (DPAKM) to increase the country’s food production.

Following the encouraging response, Ismail Sabri said the government had agreed to add another RM200 million under DPAKM, bringing the total to RM1 billion, for the benefit of the entire agro-food farming community.

He said Agrobank would soon set up a special investment entity for the agriculture sector to increase domestic investment in the country’s agro-food sector.

On MAHA 2022, Ismail Sabri said the ‘Food Security for the Future’ theme coincides with the government’s desire to strengthen the country’s food security in facing various challenges.

He said MAHA 2022 could also serve as the best platform to promote various new agriculture products developed using the latest technology for the benefit of the target groups.