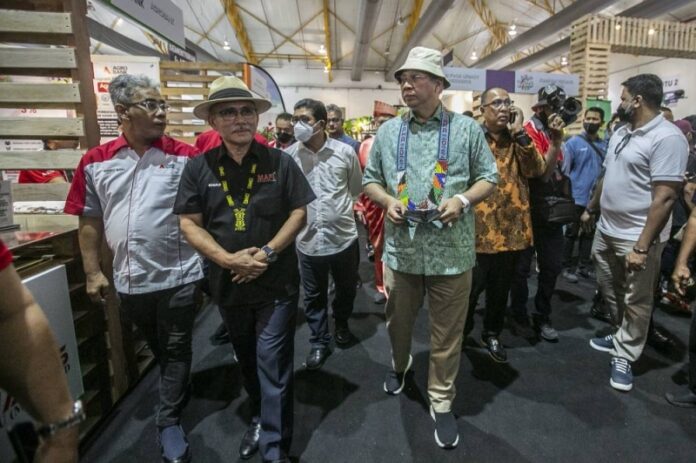 SERDANG, Aug 7 — There is still much to be done and every individual in the government has the responsibility to work with the leadership of Prime Minister Datuk Seri Ismail Sabri Yaakob, said Communications and Multimedia Minister Tan Sri Annuar Musa.

Annuar said the government of today is committed and focused on working hard to achieve the agenda in helping the Malaysian Family, especially as they face the current crisis of rising prices of goods.

“Our main focus now is to continue to work and serve the people. Everybody has taken the responsibility to work together with the prime minister and government and to focus on how we can help Malaysians in general during this difficult time.

“When the time arrives, and the time is right for the prime minister to dissolve Parliament, then of course we can go back to the people. But for now, the PM is very committed and making efforts to help Malaysians as they go through tough times,” he told reporters after visiting the 2022 Malaysian Agriculture, Horticulture and Agrotourism Exhibition (MAHA) 2022 at the Malaysian Agricultural Expo Park here today.

Annuar, who is also Ketereh UMNO chief was commenting on Ismail Sabri’s statement yesterday that his government is always prepared to face any possibility, including holding the 15th general election (GE15) early, should the Perikatan Nasional (PN) wish to withdraw its support.

PN is made up of Bersatu, PAS, Gerakan, Parti Solidariti Tanah Airku (STAR) and the Sabah Progressive Party (SAPP).

Meanwhile, Annuar said there was no issue of the PN withdrawing its support for the government.

Although there were reports that the PN coalition plans to withdraw its support, he said PN was still  part of the government.

“Despite the various reports, one thing certain is, PN is still very much part of the government. This is not an issue anymore,” he said.

On Aug 5, Bersatu Supreme Council member, Faiz Na’aman, was reported to have denied claims that PN may withdraw its support for the Prime Minister, over his reluctance to appoint a deputy prime minister from the party and maintained that the party will continue to back Ismail Sabri’s leadership.