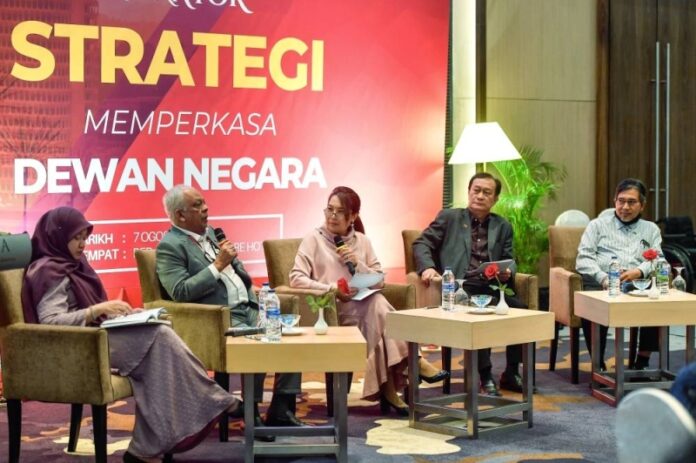 Khairudin, who is a former senator, said this would give senators more time to champion the people’s well-being and strengthen the Dewan Negara.

“We would like to ask that the meeting days be increased by a month, meaning two months in session,” he said at the senators’ discourse entitled ‘Strategy to Strengthen Dewan Negara’ at a hotel here tonight.

He also called for the tenure of a senator to be extended from three years to five years, a proposal supported by Senator Fadhlina Sidek.

“We come from different political parties. But our role and responsibility as senators should be the same, that is to have a positive impact on the people regardless of our political differences,” he added.