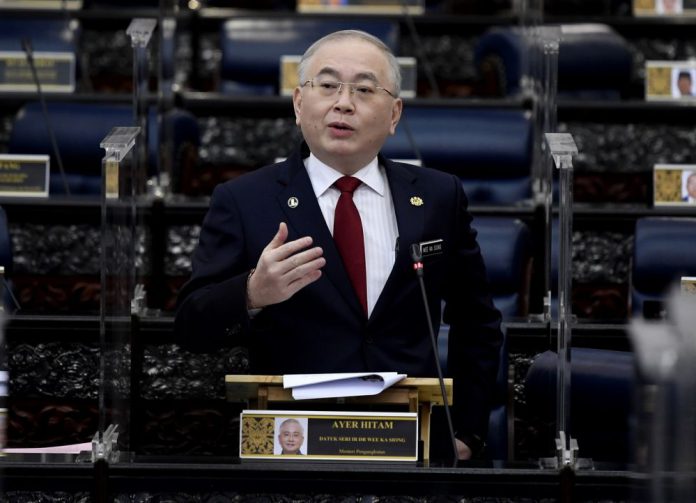 KUALA LUMPUR, Aug 8 — The Ministry of Transport (MOT) will conduct a study on the proposed construction of the new Labuan Integrated Port project, the Dewan Negara was told today.

Its Minister Datuk Seri Dr Wee Ka Siong said the one-year study which had received approval of the Labuan Port Authority (LPA) would be conducted next year.

“…in terms of the cost, we will have to wait for the study (to complete). In this situation, we have to take a detailed look at what components that we can implement,” he said during the question and answer session.

He said this in reply to a question from Senator Datuk Bashir Alias about regarding the latest development of the proposed construction of the Labuan Integrated Port project, which is planned to be built in the Rancha-Rancha industrial area in Labuan.

Wee said the construction of the Labuan Integrated Port was seen as being able to ease congestion and ensure smooth cargo operations at the Labuan Port.

“It is also expected to increase the Labuan Port cargo capacity up to 200,000 TEU (twenty-foot equivalent unit) and 3,000 vessel calls within 30 years.

“LPA has also received approval from the LPA Development and Investment Committee to formulate the Labuan Port master plan,” he said.

He said LPA was also in the process of improving the port efficiency, enacting port by-laws and streamlining port procedures to ensure that the Labuan Port remained competitive.