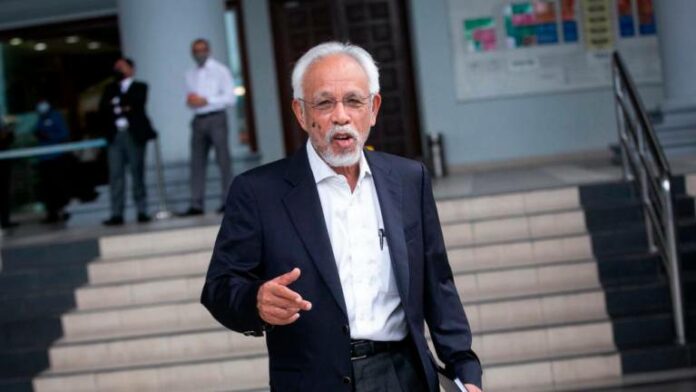 Sutera Auto Sdn Bhd account executive, Rozana Khalid, 43, who was involved in the process of closing the account for the purchase of the vehicle, said that Shahrir made full payment for the white car, using a cheque, on Dec 21, 2013.

Rozana said this while reading the witness statement at the trial of the former Johor Bahru member of Parliament, who is charged with failing to declare RM1 million, which he received from Datuk Seri Najib Tun Razak, to the Inland Revenue Board (IRB).

The seventh prosecution witness also confirmed the copy of the cheque worth RM118,485 and the payment receipt, shown by deputy public prosecutor Rasyidah Murni Azmi.

During the examination-in-chief by Rasyidah Murni regarding the meaning of cash payment, the seventh prosecution witness said that there are three ways of cash payment, namely cash, credit card and cheque.

However, Rozana said that the probability for a person to buy a car in cash is only one or two per cent.

“Normally, car buyers will take out a bank loan. For example, out of 50 units of cars sold, maybe two or three people will buy in cash and the payment will be made either in the form of cash or credit card,” said Rohana, who has served the company for 13 years.

Earlier, the court also heard testimony from the company’s administrative executive, Nurrul Hafizah Md Roslan, 40, who was the prosecution’s sixth witness, regarding the invoices prepared after payment and vehicle registration had been completed.

Shahrir, 72, was charged with money laundering, by not stating his real income in the Income Tax Return Form for Assessment Year 2013, which is a violation of Section 113(1)(a) of the Income Tax Act 1967, on the RM1 million, believed to be from unlawful activities, which he received from Najib through a cheque.

The charge, framed under Section 4(1)(a) of the Anti-Money Laundering, Anti-Terrorism Financing and Proceeds of Unlawful Activities Act 2001, provides a maximum fine of RM5 million, or imprisonment for up to five years, or both if found guilty.