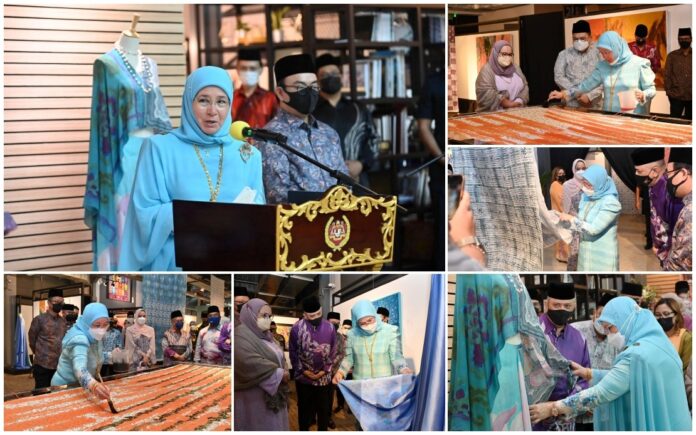 A post on Istana Negara Facebook page stated that Her Majesty graced the launch of the exhibition today.

According to Istana Negara, Galeri Prima is the first private art gallery to gain the approval of the Raja Permaisuri Agong to display Her Majesty’s exclusive work, namely block printed batik, which is one of the oldest traditional batik-making techniques in the country.

Several of the works on display are part of Her Majesty’s private art collection and have never been exhibited before.

No plans by Japanese government to reimpose movement restrictions