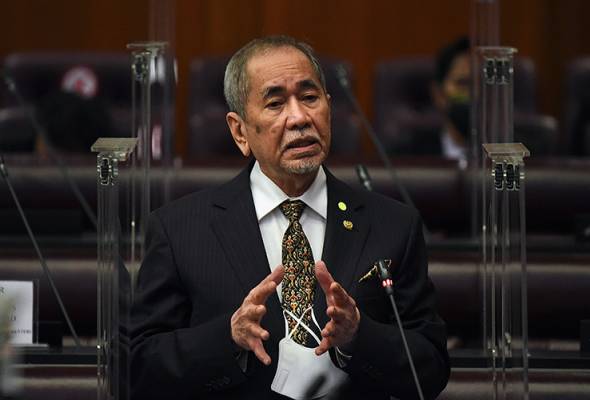 KUALA LUMPUR, Aug 10 — The Attorney General’s Chambers (AGC) will be carrying out the process to obtain the consent of the Yang di-Pertuan Agong Al-Sultan Abdullah Ri’ayatuddin Al-Mustafa Billah Shah following the passing of the Constitution (Amendment) (No. 3) Bill 2022 in Parliament on the provision to ban party switching by Members of Parliament.

Minister in the Prime Minister’s Department (Parliament and Law) Datuk Seri Dr Wan Junaidi Tuanku Jaafar in a statement today said this is in line with Article 66 of the Federal Constitution.

“After receiving the approval of the Yang di-Pertuan Agong, Prime Minister Datuk Seri Ismail Sabri Yaakob will issue a notification to all Menteri Besar and Chief Ministers to recommend to all states the amendment to the Eighth Schedule of the Federal Constitution which allows all State Legislatures to amend the State Constitution by including provisions prohibiting party switching in order to be consistent with the Eighth Schedule of the Federal Constitution as approved in the Dewan Rakyat and Dewan Negara,” he said.

Wan Junaidi said the amendment to the State Constitution was for standardisation with federal law under Article 71 of the Federal Constitution.

“The Federal Government hopes that all states will adopt this provision proposal so that political stability can be maintained and a standardised system can be achieved not only at the federal level but also at the state level,” he said.

On July 28, an amendment to the Constitution Bill to create a provision prohibiting Members of Parliament from changing parties was approved with the support of more than two-thirds of the members of Dewan Rakyat.

Yesterday, the bill was also approved in the Senate after gaining the support of 52 out of 60 senators after two bloc votes, which is more than two-thirds of the Senate’s approval.