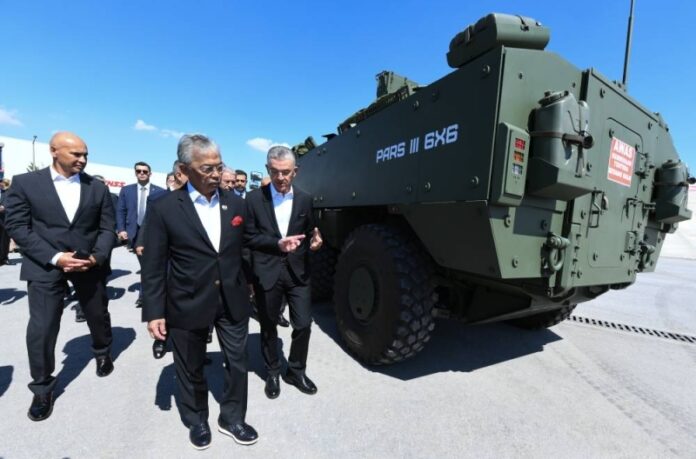 Al-Sultan Abdullah who witnessed a demonstration by the FNSS Defence System was later briefed on the technological defence system developed by the FNSS.

The king was taken on a ride in two armoured vehicles developed by the FNSS.

FNSS is a globally recognized land systems company that specializes in designing and producing wheeled and tracked armoured combat vehicles as well as combat engineering vehicles, turrets and sustainability solutions.

The armoured combat vehicle which was named Adnan in honour of a soldier (Leftenant Adnan Saidi) who was involved in a war with Singapore during World War II, has been used by the Royal Malaysian Army for almost 20 years.

Malaysia had ordered and received 267 units of the ACV-300.