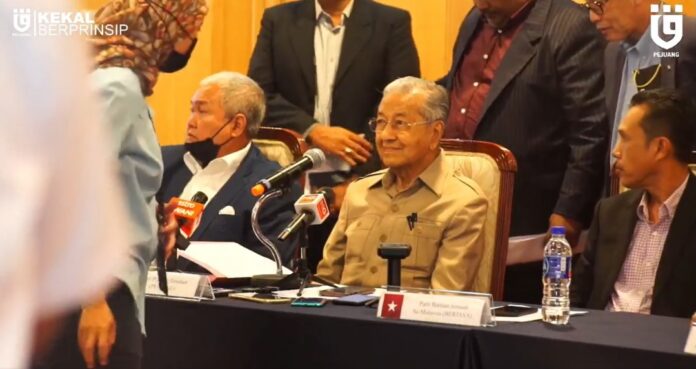 Dr Mahathir, who is also Parti Pejuang Tanah Air (Pejuang) chairman, said that at the moment, GTA was still in the process of selecting a suitable logo to complete the registration process.

“If RoS rejects the application, GTA has a Plan B. We will use one logo, one flag…and we will introduce and promote our flag and symbol,” he told a press conference after chairing the GTA presidential meeting here today.

On Aug 4, Dr Mahathir announced the establishment of GTA, a coalition he said is aimed at strengthening the Malays, especially in the economic field.

Dr Mahathir also expressed hope that the registration process would run smoothly so that GTA could field its candidates to contest for 120 parliamentary seats in the peninsula, especially the Malay-majority areas, in the 15th general election.

“We give assurance that GTA is fighting for the Malays and Islam. This is our fight,” he added.

Saifuddin to undertake official visits to Turkey, India from Monday