马中透视 MCI
Home Editor's Pick LCS: Mindef did not prioritise the interests and views of the navy... 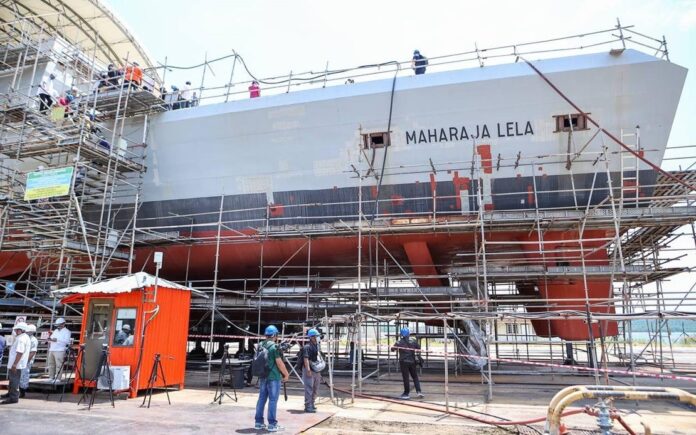 KUALA LUMPUR, Aug 17 — The Governance, Procurement and Finance Investigation Committee’s (JKSTUPKK) report on the Royal Malaysian Navy’s (RMN) littoral combat ship (LCS) project found that the Ministry of Defence (Mindef) did not prioritise the interests and views of the RMN.

In the investigation report which was declassified today, JKSTUPKK said that Mindef was more inclined towards the recommendations of the contractor, namely Boustead Naval Shipyard Sdn Bhd (BNS).

The report revealed that the design selection method, the Combat Management System and some key equipment were based on the recommendations and views of BNS and not from RMN.

“The decision is not in favour of RMN as the end user that should be more knowledgeable in determining the equipment selected to meet the specifications and operational requirements,” according to the report.

In addition, the investigation committee believed that the price negotiation held based on BNS’s offer was also unrealistic.

“Even though the first price offer was negotiated to RM9.472 billion, BNS offered the second price exceeding the negotiated price, namely RM10.300 billion.

It said the price negotiation also dragged on for nine months before being finalised for MOF’s approval due to the difficulty in obtaining a mutual agreement between Mindef and BNS.

Meanwhile, the investigation committee found that the stipulation regarding Liquidated Damages (LD) of up to a maximum of 12 months was also detrimental to the government because the LD claims could not be enforced for delays exceeding 12 months.

“This clearly shows that the provision of conditions in relation to this LD has not taken care of the government’s interests and will even incur a loss to the country for the delay of more than 12 months in the delivery of the ships,” said the report.

The committee also expected the construction cost of the six LCS involved to continue to increase following the change in main equipment on the ships, which also affected the delivery timeline.

“Indirect costs involving the extension of the basic design period, design authority, equipment delivery schedule, warranty, insurance and financial costs as well as other resources make the total project cost estimated to be RM11.145 billion as of the time this report is submitted,” it read.

WHO chief urges world to draw inspiration from Wuhan in COVID-19...