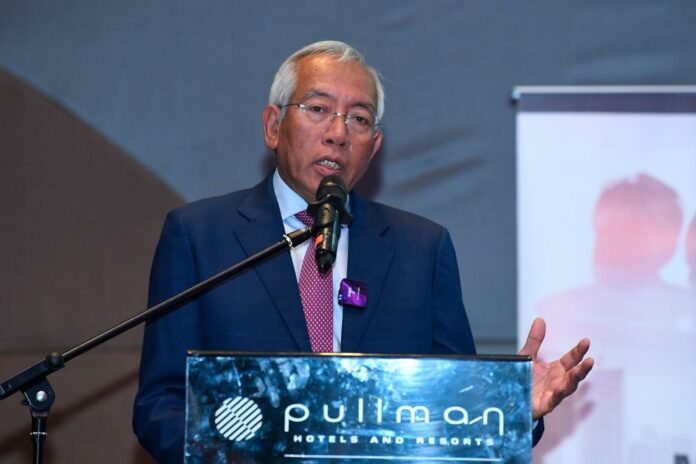 He said these were mere lies spread by irresponsible parties believed to be aiming to destabilise UMNO in the run-up to the 15th General Election.

“That’s all a lie, pity the Prime Minister (Datuk Seri Ismail Sabri Yaakob). There are people who are doing (spreading) this on ​​social media.

“It’s like this, there are people taking advantage of the current situation to divide (UMNO), ” he said at a press conference after the signing of the Memorandum of Understanding (MoU) for cooperation between the Majlis Amanah Rakyat (MARA) and Tenaga Nasional Berhad (TNB) today.

When asked about the agenda of UMNO president Datuk Seri Ahmad Zahid Hamidi’s special briefing with divisional committee members and leaders at the World Trade Centre tomorrow, he said the meeting was being held to strengthen the party.

Meanwhile, when met at the opening ceremony of the UDA USHAniaga Keluarga Malaysia carnival here, UMNO Supreme Council member Tan Sri Noh Omar also denied claims that there was pressure from UMNO for Ismail Sabri to be sacked from the party if the 15th General Election (GE15) was not called for soon.

“It has never even been discussed,” he said in response to a reporter’s question about the rumours.

He also said that Ismail Sabri and Ahmad Zahid were close.

“Before this, if there was a political bureau meeting, I would personally witness them (Ismail Sabri and Ahmad Zahid) discussing among themselves first before starting the meeting.

“If anyone claims that there are groups (within UMNO) that is not true,” he said, who is also the Selangor UMNO Liaison Committee chairman.

More roadblocks to be mounted in Kuala Lumpur, Selangor – Hamzah