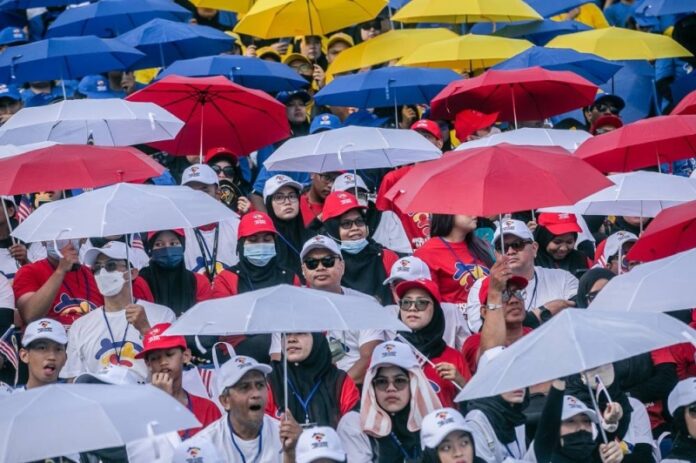 Comptroller of the Royal Household for Istana Negara Datuk Seri Ahmad Fadil Shamsuddin, in a statement today, said His Majesty also expressed his appreciation to Prime Minister Datuk Seri Ismail Sabri Yaakob and the Minister of Communications and MultimediaTan Sri Annuar Musa for making the event a success.

Al-Sultan Abdullah, in expressing his joy, said he was amazed by the spirit of unity, patriotism and love for the country displayed by the people at the event, as well as similar events organised throughout the country.

“His Majesty is also impressed with the performance by members of all the contingents that participated in the ceremony.

“The spirit of nationalism and love for the country displayed by them, especially the school students who are from various races, should be praised and emulated,” said Ahmad Fadil in the statement.

According to him, the Yang di-Pertuan Agong also expressed his joy and gratitude to the people who went to the venue to watch the celebration. The crowd exceeded the target of 50,000 people.

His Majesty expressed the hope that the spirit, which directly reflected the closeness of the people of various races in the country, will further strengthen harmony in the country.

“His Majesty also expressed the hope that the spirit will also be reflected at the Malaysia Day celebration this Sept 16,” said Ahmad Fadil.

Couples who marry in Thailand will not be fined – Perlis...