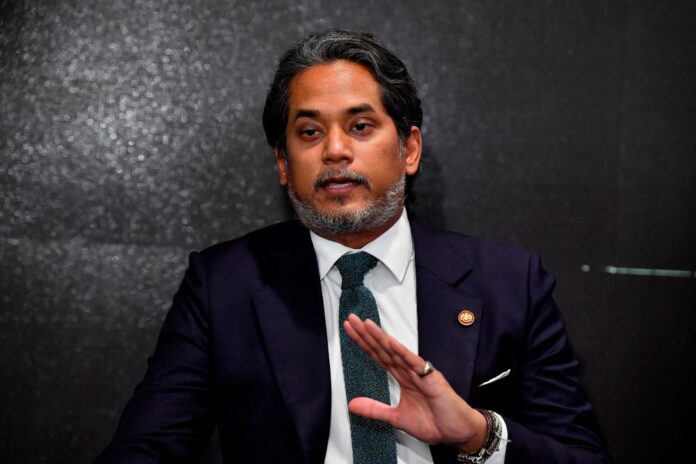 KUALA LUMPUR, Sept 14 — Datuk Seri Najib Tun Razak can buy his own medicine from other sources if he does not want to accept the medicines provided by the Health Ministry (MOH).

Health Minister Khairy Jamaluddin said the family members of the former prime minister had been informed of the matter.

“But I understand even in the prison Datuk Seri Najib brings his own medicine. So we do not have any problem if he wants to get his own supply of medicine but I understand he had been brought to Kuala Lumpur Hospital (HKL) and as such he can only use the medicines prescribed to him,” he said.

He was speaking to the media after the signing of a Memorandum of Understanding (MoU) between MOH and IHH Healthcare Malaysia here today.

Khairy was asked to comment on media reports quoting lawyer Datuk Zaid Ibrahim urging MOH to give Najib the medicine the former prime minister is used to taking for his high blood pressure condition.

Khairy said he had reviewed the prison regulations in which the prison authorities would inspect the supply of medicines given by a prisoner’s family before they gave it to the prisoner involved.

“And in HKL I have been informed by the director that we practised the same procedure. So if in prison, he can use his own medicine, we will not deny him (taking the necessary medicines).

“Today, before he was discharged, as a usual practice of a government hospital, we will provide him with the medicines issued by the hospital pharmacy and the medicines from our hospital in the ministry are generic medicine,” he said.

Yesterday, Khairy announced that Najib who was warded in HKL on Monday was stable and the former prime minister would continue to receive treatment from the hospital.

Earlier, Khairy said the MoU signed today is a historic agreement as it had never been made on such a large scale involving 500 cancer patients from government hospitals selected to receive treatment at private hospitals using private facilities.

“This programme is fully sponsored by IHH and we will see if the programme is successful and if we want to extend the programme, we can discuss later whether we need to pay a bit or whether there are elements of sponsorship and so on.

“This is a very effective measure to introduce the latest treatment and technology to specialists from the ministry and to the cancer patients treated at Health Ministry facilities,” he said.

It mentioned that IHH Healthcare Malaysia will fully sponsor radiotherapy and radiosurgery for 500 cancer patients undergoing treatments at government hospitals, with these patients, identified and referred by Health Ministry and their designated specialists, will receive treatment across seven of IHH Healthcare Malaysia’s hospitals that are equipped with state-of-the-art technology to treat cancer.