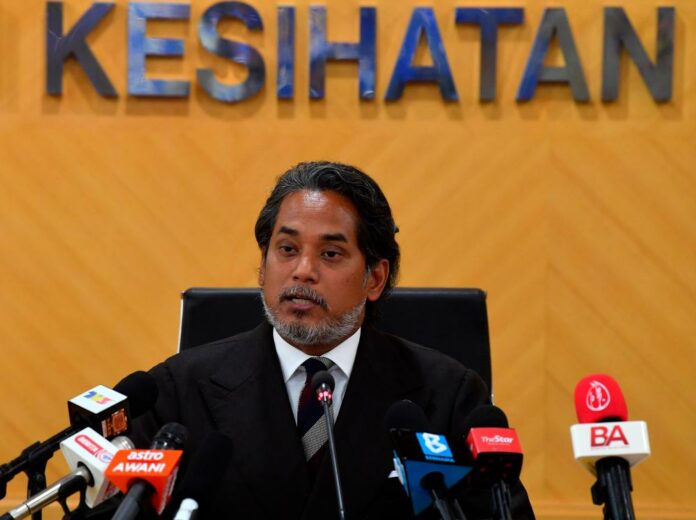 PUTRAJAYA, Sept 22 — Health Minister Khairy Jamaluddin is confident the Control of Tobacco Product and Smoking Bill 2022 which will be tabled at Dewan Rakyat next month after finalising several amendments will receive the support of the majority of members of Parliament.

He said the bill is still being reviewed and studied by a Parliamentary Select Committee and so far discussions are proceeding smoothly with committee members studying the proposed amendments.

“It’s just that they asked for some amendments to be made so that enforcement powers are clarified, fines are clarified and so on. I believe that most of these issues have been resolved in the committee,” he told reporters during an interview on his one year of achievements as Minister of Health.

On Aug 2, the Dewan Rakyat agreed that the Tobacco Product and Smoking Control Bill 2022 be referred to a Parliamentary Select Committee to examine and make recommendations for improvement, when the bill was in the second reading.

The bill, which among other things will prohibit the sale and use of any form of smoking material including electronic cigarettes or vaping to individuals born on Jan 1, 2007 onwards, was deemed to limit the freedom of choice by some members of Parliament after it was tabled in July.

Khairy said the select committee has met three times and he will bring the streamlined bill to its meeting next week to be approved.

Asked how the Health Ministry (MOH) dealt with the interests of the people and the industry regarding the importance of the bill, Khairy said the MOH has given explanations to professional bodies and non-governmental organisations through a series of engagements on why electronic cigarettes need to be regulated as tobacco products. and was not fully banned as implemented in Thailand, Brunei and Singapore.

“The sales ban has been communicated to the industry and stakeholders involved through a series of engagements that have been carried out. What is clear, their business is not affected because they can still carry out transactions with controls under this bill to groups other than who were born on 1 Jan 2007 onwards,” he said.

IN JOHOR BAHRU, Khairy said the amendments made were very reasonable and could further strengthen the acceptance of members of Parliament on the bill.

“The act has been refined, some amendments have been made to clarify enforcement powers and clarify punishments, fines and so on,” he told reporters after officiating the 25th Joint Malaysia-Singapore Nursing Conference 2022 today.

The Select Committee comprised 12 members of Parliament from government and opposition blocs to study several amendments.