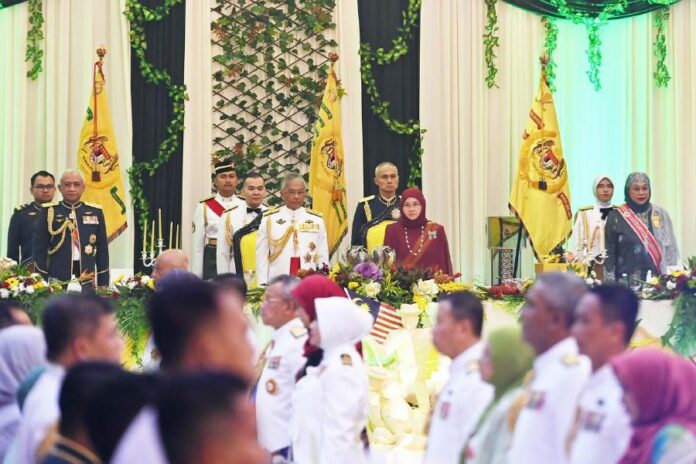 They were greeted upon arrival by Chief of Defence Force General Tan Sri Affendi Buang and the Ministry of Defence secretary-general Datuk Seri Muez Abd Aziz.

After a photo session with the MAF leadership and top officials in the main lobby, Their Majesties then proceeded to visit the mini exhibition booths accompanied by Affendi.

The ceremony was also attended by 373 MAF officers and their wives.