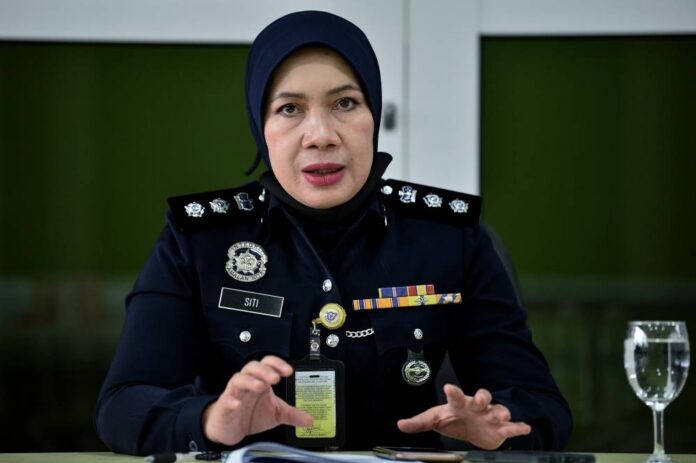 KUALA LUMPUR, Sept 27 — There is fear of children becoming more exposed to sexual crimes that do not involve physical contact, like pornography, with them getting better access to smartphones and the Internet.

This has been the concern of the Sexual, Women and Child Investigation Division (D11) of the Royal Malaysia Police (PDRM).

She attributed this to, among others, the advancement in information technology, lifestyle and Internet access, especially with children now having widespread access to mobile phones and the Internet.

“Online predators will establish a ‘special relationship’ and then ask for nude photos and videos of the victims, these videos and photos will be spread when the victims no longer want to continue the relationship.

“This crime of sharing, grooming, asking for nude and pornographic photos and videos is becoming to be a trend,’ she told Bernama recently.

Siti Kamsiah said that in 2020, the division received 24 reports on sexual crimes which were investigated under Section 509 of the Penal Code, and last year the number increased to 35.

This year, a total of 11 reports were received between January and April, she said.

“To remove a pornographic picture or video of a child that has been spread on the Internet is not an easy task because it involves the cooperation of various agencies, including the International Police (Interpol).

“These pictures and videos will first be entered into the Interpol system and a notification will be issued to the countries that share the system to detect if there is a contagion of the pictures or videos in their country.

“If there is, the pictures need to be taken down,” she said.

Siti Kamsiah said the division would also inform the social media administrators to remove the pictures or videos.

She said the public could also report directly to the Internet Watch Foundation which is an international non-governmental organization.

“Parents have to equip themselves with knowledge about safety when socializing or making friends as preparation before they can advise and prevent their children from becoming victims of crime.

“We need to teach children social etiquette, social boundaries, what can be shared, what cannot be shared, such as personal matters, the body. Monitoring by parents is also important and the children themselves must have self-control to prevent them from becoming victims of crime,” she said.

Siti Kamsiah said sexual crimes against children is not a small issue because almost 60 percent of victims of sexual crimes in Malaysia were children.

According to data obtained in 2020, she said there were a total of 4,274 victims of sexual crimes, including in rape, gang rape, incest, unnatural sex and molesting cases were recorded, with 2,567 of them children.

“Last year, there were 4,031 victims of sexual crimes and 2,234 of them were children and for the first four months of this year, a total of 1,201 victims were recorded of which 677 were children.

“With children making up 60 per cent of the victims, it is something that should be taken seriously because there are various mental and psychological effects facing children who are victims of sexual crimes,” she said.

Siti Kamsiah said children who are victims of sexual crimes were likely to have psychological problems such as anxiety, fear, always being in a state of anger and behaving violently.

“These victims are also feared to have poor social functioning, learning problems, depression, involve in drug abuse, become alcoholic and also revictimization (likely to become predators when they grow up or continue to be victims),” she said.

Over 6,600 jobs available as Changi Airport speeds up hiring amid...

Muhyiddin urges Sabah political leaders to work as a team