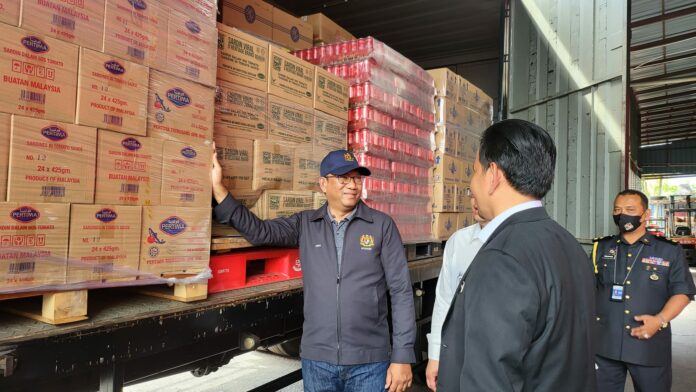 “Certainly, it will be a good sign in reactivating the people’s economy, especially of those who are involved in MSME,” he told reporters after officiating at the rebranding of Ameen Hallmart, here, today.

Azman said that local products were also of good quality and sold at competitive prices, besides being halal.

He also said that the retail sector’s involvement in the Keluarga Malaysia Cheap Sales (JMKM) could also help highlight the government’s efforts in this programme.

“In reducing the cost of organising the JMKM, we are using the existing facilities such as hypermarkets and supermarkets. Besides the reduced prices charged by the retailers, there are also the government incentives as it is concerned about the public’s grouses over the high prices of goods,” he added.

Azman said the ministry believed that hypermarkets or supermarkets like Ameen Hallmart could be an exemplary platform for the Buy Malaysian Products campaign and as one of the strategic partners in the JMKM programme.

He said that rebranding of retail business could also make this sector more competitive, besides offering more necessities.

“This (rebranding) is a very good effort and the government supports it…it’s one of the business strategies, there will be changes and the public will come to see these such as new products.

“At Ameen Hallmart, for example, are over 5,000 stock keeping units (SKU) comprising foodstuff, household and personal necessities, health supplements and clothing with sales amounting to over RM60 million a year.

“What is even more impressive is that over 90 per cent of its SKU are local halal products churned out by Bumiputera entrepreneurs.