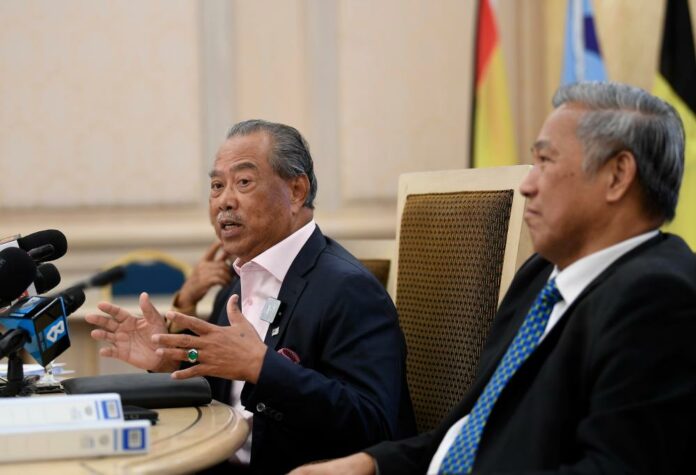 PUTRAJAYA, Sept 27 — The National Recovery Council (MPN) does not have the authority to implement the recommendations brought by the council for the government’s consideration through Cabinet memoranda, says MPN chairman Tan Sri Muhyiddin Yassin.

He said the MPN only acted as an advisory body to the government, and that the power to implement those recommendations lay with the prime minister and the Cabinet.

“As MPN chairman, I do not have the authority to instruct a minister, secretary-general of a ministry or the director-general of a government department to take certain measures or make certain decisions to speed up the national recovery process.

“This power rests in the hands of the prime minister and the Cabinet,” he said during a press conference after chairing the MPN meeting here today.

He said that so far, 86 of MPN’s recommendations had been approved by the Cabinet while nine were awaiting the Cabinet’s decision.

The MPN was established in July 2021 to replace the Special Committee on the National Recovery Plan (PPN), with the function to monitor the implementation of the PPN when the country moves to the endemic phase.

Muhyiddin also urged the government to speed up the national recovery process based on the recommendations put forward by the MPN, especially regarding the issue of hiring foreign workers and financing the Micro, Small and Medium Enterprises (PMKS) industry.

Muhyiddin said MPN also urged the government to pay special attention to the increase in urban and rural poverty as well as provide immediate assistance to PMKS, including a moratorium to restore the sector’s cash flow.

He said the council hoped the government would focus on efforts to implement effective measures to restore the country’s economy, thus easing the burden on the people.

“I hope that through Budget 2023, the government will present balanced and effective measures to control the rise in inflation, overcome the fall in the value of the ringgit, stimulate economic growth and help the people who are in need,” he said.