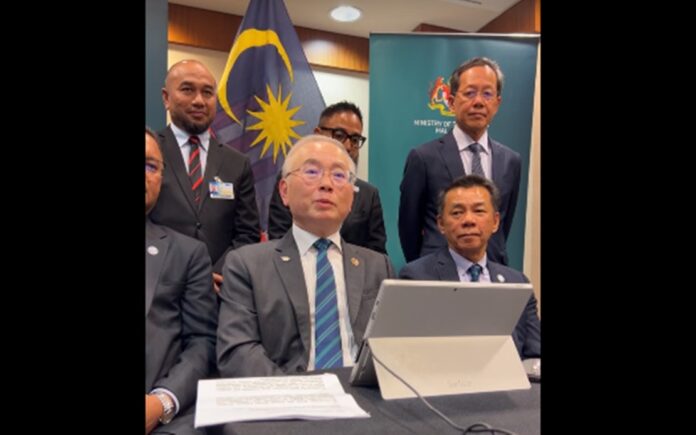 He said the issues picked up by the FAA in 2019 initially did not reoccur and the Civil Aviation Authority of Malaysia (CAAM) was able to resolve 29 out of the total issues from the second assessment by FAA in December last year in the span of just six months.

“By mid-July this year, the FAA returned for a reassessment and CAAM had already completed all responses for the 29 findings and all corrective action plans were closed.

“The past two years have been a crucial period for CAAM as the whole organisation was restructured while various efforts were carried out to strengthen its workforce, documentation and develop comprehensive training policy for the inspectors,” he said in an online press conference today.

Wee is currently on an official visit to the International Civil Aviation Organisation (ICAO) headquarters in Montreal, Canada, where he met with Transport Ministers from other countries to discuss technical cooperation.

“With an IASA (International Aviation Safety Assessment) Category 1 rating, a country’s air carriers can establish service to the US and carry the code of US carriers. To maintain that rating, a country must adhere to the ICAO safety standards.

“Meanwhile, a Category 2 rating means the country either lacks laws or regulations necessary to oversee air carriers in accordance with minimum international standards, or its civil aviation authority is deficient in one or more aspects, such as technical expertise, trained personnel, record-keeping or inspection procedures,” he added.

With Malaysia regaining Category 1, Wee said the country will be able to chart more flights or open new flight routes to the US, further boosting economic and tourism opportunities for Malaysia.

In November 2019, Malaysia was assigned Category 2 in its air safety rating under the IASA programme by the FAA due to non-compliance with the ICAO safety standards.

The assessment found that CAAM had 58 findings in total, 25 of which were able to be resolved while 33 remained open, which led to the air safety ranking downgrade during that year.