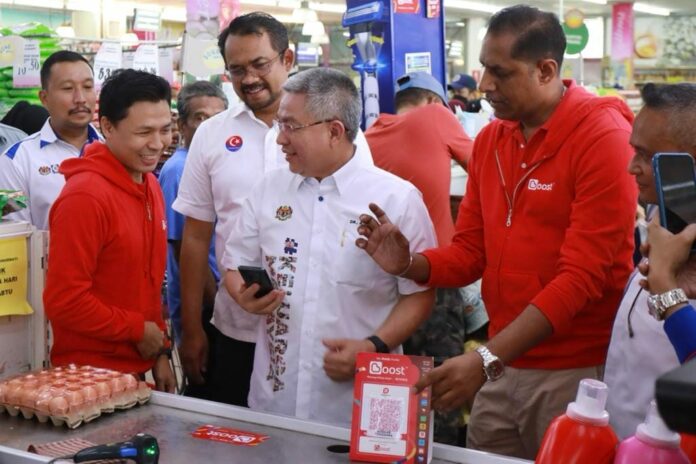 KOTA TINGGI, Oct 2 — The Ministry of Science, Technology and Innovation (MOSTI) will use technology developed by the Malaysian Space Agency (MYSA) to identify the flood-prone areas so as to make early preparations.

Its minister, Datuk Seri Dr Adham Baba said through the technology, MYSA would use satellites for data observation through the radar and optical methods in locations with frequent floods based on 10 years of experience.

He said the remote sensing technology was scheduled to be presented to Prime Minister Datuk Seri Ismail Sabri Yaakob at MRANTI Park in Kuala Lumpur this Thursday.

“MOSTI through MYSA already has data on locations that have been affected by floods before. So with rain measurements and cooperation of the Malaysian Meteorological Department (Met Malaysia), we can warn the government on flood hotspots when the monsoon sets in so that preparations can be made in advance.

“This technology will be presented to the prime minister for his views so that it can be used, adapted and accepted by all ministries and their agencies holistically.”

Dr Adham said his ministry would also propose the use of drones to locate victims who have lost contact in remote locations due to power outage in the event of a flood to facilitate their evacuation.

“When there is technology and preparation like this, it will help the country identify what forms of volunteering and aid can be channelled before a disaster occurs. MOSTI has also discussed with the Ministry of Women, Family and Community Development about the temporary relief centres (PPS) to overcome logistical problems due to long distances, congestion and so on,” he said.

The Tenggara Member of Parliament said this on MOSTI’s preparations in facing the monsoon transition phase in this country which is expected to start tomorrow (Oct 3) and last until this November.

On the ReDI programme, he said it was a proactive step and a new way for rural communities to use cashless platforms to buy daily goods.

ReDI is a collaborative effort of KPDNHEP and the state governments with strategic partners (in digital payment) such as Bank Negara Malaysia (BNM), Paynet, ShopeePay, GrabPay, Maybank, Touch & Go, Boost and local authorities(PBT) across the country with a target of 15,000 traders switching to digital platforms by 2025.