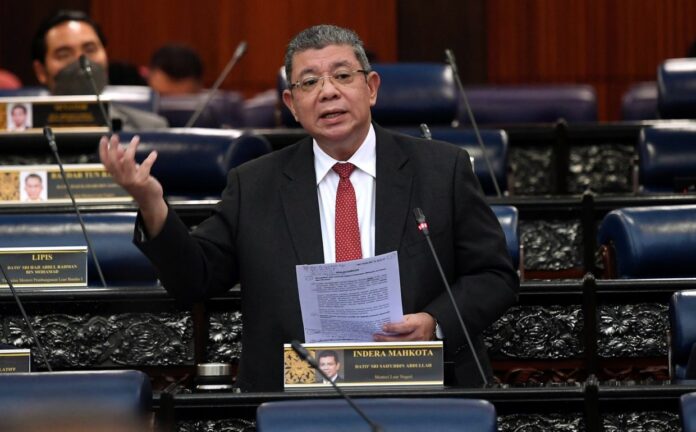 KUALA LUMPUR, Oct 4 — A bigger allocation to cover the cost of providing consular assistance to Malaysians abroad is among those requested by the Ministry of Foreign Affairs under the 2023 Budget.

Minister Datuk Seri Saifuddin Abdullah said the allocation was specifically to help approximately 2,500 Malaysians who were being detained or stranded overseas.

He said the current allocation was insufficient, especially for the purpose of visiting Malaysians who were being detained at various locations to ensure that they are healthy and safe.

“So, we really hope to have a bigger allocation in the future,” he said during Minister’s Question Time at the Dewan Rakyat sitting today.

Saifuddin was replying to Dr Maszlee Malik (PH-Simpang Renggam) who wanted to know whether the government was covering all the costs to bring home Malaysians who were detained or stranded overseas, including their fines and transportation cost.

He said for transportation, the government would seek help from the relevant parties, such as AirAsia which had helped to fly home 47 Malaysians who fell victim to the job scam in Cambodia before.

On the stranded Malaysian citizens in Cambodia, Laos, Myanmar and Thailand, the minister said 261 had been rescued so far,  while 88 others were still being located.

Saifuddin also gave assurance that the government would do its level best to rescue Malaysian citizens if they were reported missing overseas, even if it involved one person.

“We will help and will never leave it alone,” he said.