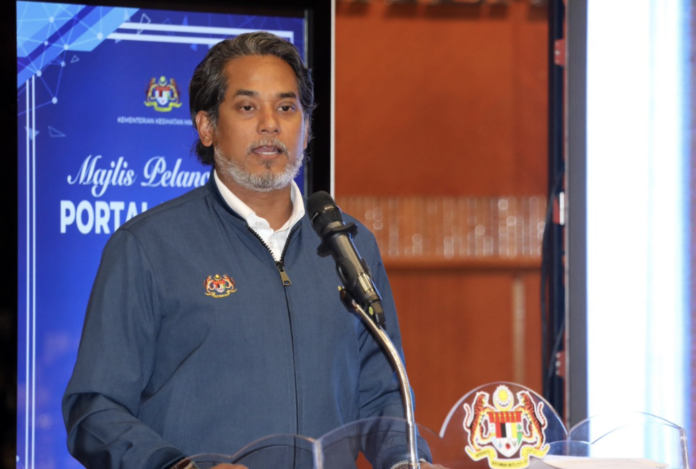 PUTRAJAYA, Oct 5 — Health Minister Khairy Jamaluddin has described the claim that the Control of Tobacco Products and Smoking Bill 2022 is ‘criminalising children’ as misleading.

He said compounds for minors who smoke are provided in the existing regulations, adding that it cannot be registered as a criminal offence.

Khairy said there is no prison sentence for minors who smoke under the existing regulations or for those who were born after 2007 in the new Bill.

“So, please don’t mislead the people by alleging that children will be criminalised (under the Bill).  That is not true.  Presently children who have been found to be buying cigarettes by the authorities will only be fined RM50,” he told reporters after launching the KKMNOW portal.

He was commenting on the submission of a memorandum by the Consumer Choice Centre (CCC) in Parliament today protesting the Bill.

The memorandum described the bill as containing large enforcement powers, criminalising children and affecting the poor.

The Control of Tobacco Products and Smoking Bill 2022, which among other things will prohibit the sale and use of any form of smoking material including electronic cigarettes or vaping to individuals born on Jan 1, 2007, onwards, dubbed the Generational End Game (GEG), is intended to reduce smoking among Malaysians.

It was tabled by Khairy on July 27 for the first reading but was referred to the Parliamentary Special Select Committee to be refined.

Khairy said the bill has been discussed by the committee members consisting of various politicians, adding that the amendments made were to streamline enforcement to ensure that it does not contain excessive powers.

Earlier, Khairy said KKMNOW was a continuation or expansion of the COVIDNOW portal, in line with the health services digitalisation and also the Health Ministry’s efforts to establish an integrated platform to share health data.

He said KKMNOW features the display of data related to health programmes such as blood and organ donations, health screenings and infectious disease data.

The portal was developed in collaboration with the Department of Statistics Malaysia (DOSM) and can be accessed at https://data.moh.gov.my/.