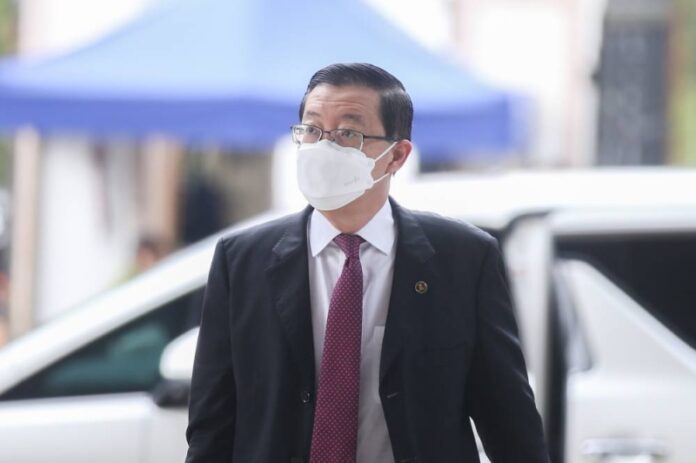 KUALA LUMPUR, Oct 5 — DAP chairman Lim Guan Eng today suggested that the process of hiring and bringing in foreign workers to Malaysia be handled by the Construction Labour Exchange Centre Bhd (CLAB), instead of the Human Resources Ministry.

The Bagan MP said he and 10 contractor associations are urging Prime Minister Datuk Seri Ismail Sabri Yaakob to intervene in this matter due to the continued labour shortages in Malaysia that is causing losses of up to RM33.5 billion to the agriculture, manufacturing and food and beverage sectors.

Lim said the Malaysian Palm Oil Association is currently in need of some 120,000 workers while the electronics sector needs 30,000 workers. However, since January, only an estimated 47,000 foreign workers have entered the country despite 385,000 approvals since January 2022.

In addition, the HR Ministry’s had announced its approval for 541,315 foreign workers until September 26, of which 436,613 have already paid the levy.

“However, this has no relevance with the reality on the ground of businesses suffering from manpower shortage with even hawkers requesting customer’s self-service and fishmongers in the market not able to clean or fillet fishes for customers.

“The 10 contractor associations want Ismail Sabri to intervene in reverting the foreign worker entry process to the CLAB to handle foreign workers issues without the participation of the HR Ministry to simplify the entry of foreign workers immediately,” he said in a statement today.

Lim said CLAB was formed in 2002 by the Construction Industry Development Board to bring in and redistribute the foreign workers for companies and organisations in Malaysia.

Lim said the allegations of wrongdoing in the hiring process of foreign workers will be tackled by his DAP colleagues former HR minister Datuk M. Kulasegaran and Beruas MP Ngek Koo Ham in Parliament today.

S’wak Polls: Give GPS a chance to create a better Sarawak...