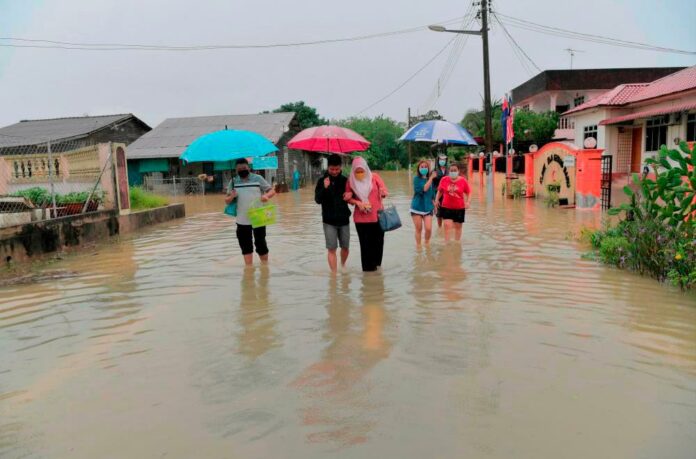 KUALA LUMPUR, Oct 5 —  Long-term measures carried out through the implementation of the Flood Mitigation Plan (RTB) will continue to reduce the risk of flooding in the country, Environment and Water Minister Datuk Seri Tuan Ibrahim Tuan Man told the Parliament today.

He said a total of 100 RTB projects, worth RM10.53 billion, which had been approved under the 12th Malaysia Plan were being implemented nationwide.

“Implementation of the RTB projects will increase the number of people, as well as the area, that will not be affected by floods,” he said in response to a question from Tengku Zulpuri Raja Puji (PH-Raub)on the government’s plans and actions to deal with the possibility of major floods following the La Nina phenomenon, northeast monsoon (MTL) and unexpected rainfall.

He said the Drainage and Irrigation Department (DID) was also focused on short-term low-cost high-impact solution works, such as drainage maintenance, river deepening and raising river embankments to reduce the impact of floods.

According to him, the DID has also made preparations for the monsoon season with the provision of 284 pumps, 203 vehicles and 35 boats, 995 telemetry stations in the peninsula, as well as 317 stations in Sabah, Sarawak and Labuan, and also 526 warning sirens.

Apart from that, Tuan Ibrahim said a non-structural approach to flood management planning, such as the Flood Forecasting and Warning Programme (PRAB) was also implemented, with Phase 3 of the programme, worth RM450 million, involving  74 flood forecasting and warning models for major river basins throughout the country.

Meanwhile, he said, based on the forecast by the  Malaysian Meteorological Department (MetMalaysia), the monsoon episode that brings continuous heavy rain would occur from this November until March 2023.

The west coast states would also experience continuous rain if the monsoon rains increase and there is a low-pressure system like last year, he added.