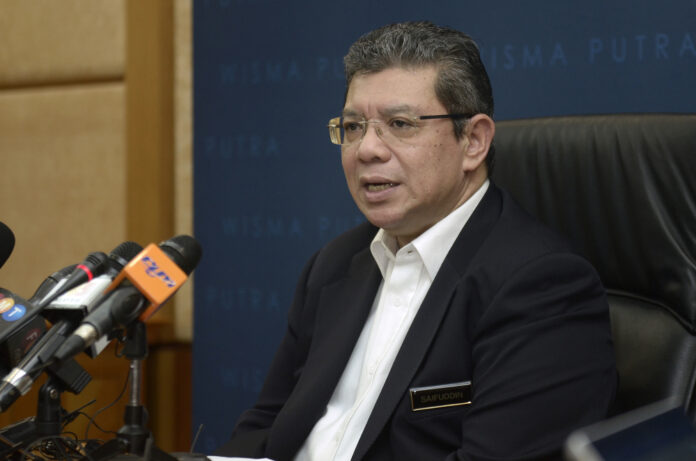 Speaking at the 8th OIC-Independent Permanent Human Rights Commission (IPHRC) International Seminar, here Wednesday, he said the areas include identifying existing institutions, both public and private, at primary, secondary and tertiary levels, where refugee students can be enrolled.

“School complexes for refugee students, including assets, furniture, equipment, students’ transportation and accommodation. Well-rounded and appropriate curriculum that is integrated and balanced that ensures quality education,” he said.

Saifuddin also underlined the need for accreditation and international recognition of certification; scholarships for refugee students; teacher’s training and career development, including for refugee teachers; and bridging courses and tutoring to support refugee students.

Other areas include legal matters, such as passports and immigration documentation, refugee cards, and student visas to ensure there are no administrative barriers for refugee student enrollment.

He said the foundation could also facilitate the partnerships with non-governmental organisations (NGOs) working with refugees in OIC countries to ensure protection and assistance services to refugee students and their families.

“Such a foundation, led by the OIC, is urgently needed and would give refugee children and youth the possibility of transforming from being a “lost generation” to becoming leaders and contributors to the future, to build their nations when wars end or to contribute to the development of their new host countries,” he said.

Saifuddin hoped that his proposal will be included in the Kuala Lumpur Declaration on Rights and Access to Education for Refugees that will be read by IPHRC Chairperson Dr Haci Ali Acikgul at the end of the seminar on Thursday.

Based on the statistics by the United Nations High Commissioner for Refugees (UNHCR), Saifuddin said until the end of 2021 there were approximately 27.1 million refugees and 4.6 million asylum seekers worldwide.

He added, according to UN Educational, Scientific and Cultural Organisation (UNESCO), 50 per cent of refugees and asylum seekers in global population were individuals under the age of 18. However, due to several factors, most of them do not have a proper access to education.

“As one of the countries that temporarily hosts refugees, we admit that there is still much to be done in providing education for the refugees in this country,” he said.

The 8th OIC-IPHRC International Seminar themed “Islamic Perspectives on the Protection of Refugees – Rights and Access to Education” was attended by approximately 200 participants including delegates and observers from over 40 countries.

National Day celebrations at community level can be intensified – Annuar