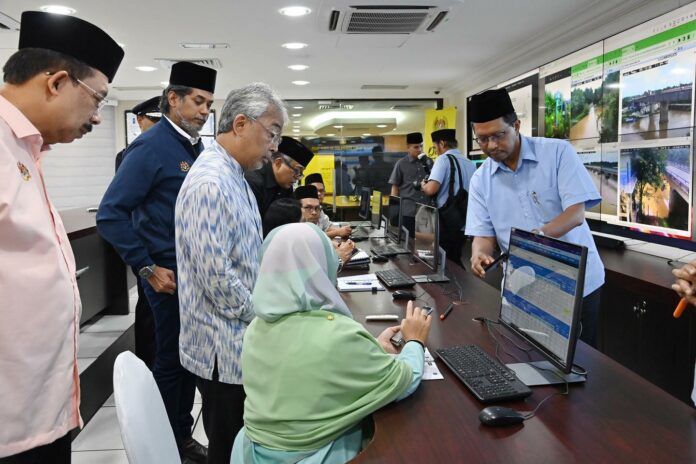 Minister Datuk Seri Tuan Ibrahim Tuan Man said the King also decreed that attention should be given to the process of distributing aid and assistance to the people if disasters occur.

He said His Majesty said this after being briefed on the year-end weather and flood situation at the National Flood Forecasting and Warning Centre (PRABN) here today.

“During the briefing, the Department of Irrigation and Drainage (DID) and the Meteorological Department (MetMalaysia) also presented their data, preparations and list of flood hotspots to His Majesty.

“His Majesty also wanted coordination in terms of assistance between NADMA (National Disaster Management Agency) and other agencies to avoid confusion and to ensure that all aid and assistance really reach the victims,” he told reporters after the briefing, which was also attended by Health Minister Khairy Jamaluddin and Chief Secretary to the Government Tan Sri Mohd Zuki Ali.

The briefing also includes the presentation by Khairy on the latest situation of COVID-19 and the preparations made by the Ministry of Health in facing the flood season, including the deployment of healthcare workers to the temporary relief centres and the contingency plan if the public health facilities were also inundated by floodwaters.

“His Majesty only seeks normal input on our preparation for the monsoon season, not on GE15. Nothing on that. His Majesty is really concerned about the people’s wellbeing,” he said.