马中透视 MCI
Home Editor's Pick Sulu claim, a personal matter, nothing to do with national sovereignty –... 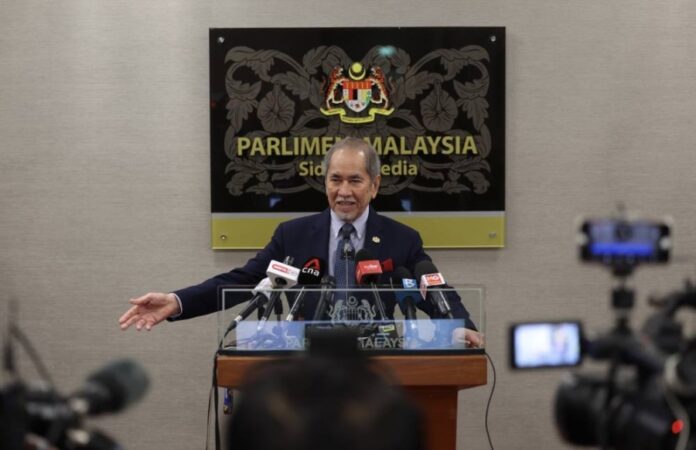 KUALA LUMPUR, Oct 6 — The Sulu claim is a personal claim that has nothing to do with national sovereignty, said Minister in the Prime Minister’s Department (Parliament and Law) Datuk Seri Dr Wan Junaidi Tuanku Jaafar.

He said it is a claim to the Malaysian government on what was said to be the former colonial lease of Sabah.

However, according to him the government is observing the reaction of politicians and the Philippine government on this matter before taking any action.

“So far, Wisma Putra has been informed that there were matters raised by senators and politicians there, when the Philippine government reacts to the wishes of these politicians, only then will Wisma Putra take action,” he said during the Minister’s Question Time at Dewan Rakyat, today.

He was replying to a supplementary question by Chan Foong Hin (PH-Kota Kinabalu) who wanted to know about the issue of Sulu claim which according to him has now turned into an issue of national sovereignty after some Filipino senators reportedly wanted to renew the claim on Sabah as part of the Philippines.

Wan Junaidi said the issue of claims against Sabah has always been played by Filipino politicians who tried to stir up issues following the Sulu claim against Sabah.

“There was a time in the past when Ramos (former Philippines President Fidel Ramos) wanted to drop (the issue of Sabah’s claim) but it was kept as a political issue.

“But so far, it’s just talks by the people and politicians there should not exploit the matter,” he said.

On a supplementary question by Datuk Seri Azizah Mohd Dun (Bersatu-Beaufort) who wanted to know whether the government is proactive in the issue of the Sulu claim, Wan Junaidi gave his commitment that the government through the established committee set up had played a proactive role.

“I guarantee we will look into each matter raised. But in the current situation, we cannot explain each and everyone of our strategies in the public,” he said.

On July 12, the Paris Court of Appeal allowed the Malaysian Government’s application to suspend the enforcement of the Final Award dated February 28, 2022 issued by arbitrator Dr Gonzalo Stampa following the Sulu claim through an international arbitration proceeding in Madrid, Spain.