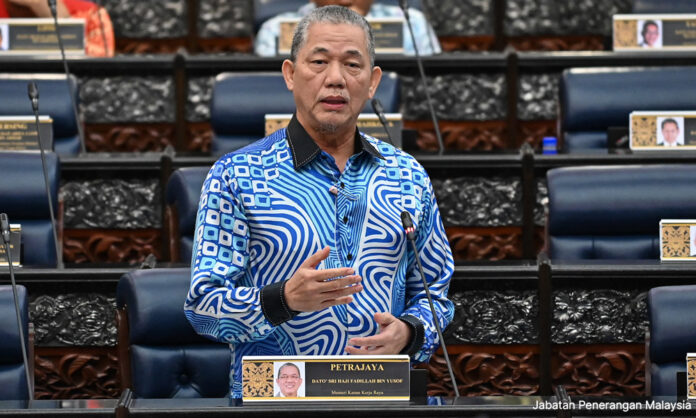 “That’s why sometimes roads get damaged because the old pipes are steel pipes, there’s rust and so on, then the pipes fail and break and the road sinks. That’s exactly what’s happening now.

“We are asking for special funding for next year to relocate the existing utilities and replace them with newer technology so that the durability of the pipes is better. So, there is no damage from rust or failure of the soil and so on,” he said during the Ministers’ Question Time.

Fadillah was responding to a supplementary question from Lim Guan Eng (PH-Bagan) on whether the ministry has agreed to pay to compensation to people who have been victims of damaged roads.

GE15: No discussions with PN, DAP’s focus on strengthening party –...

Completion of booster dose requirement for Friday prayers only for Selangor...