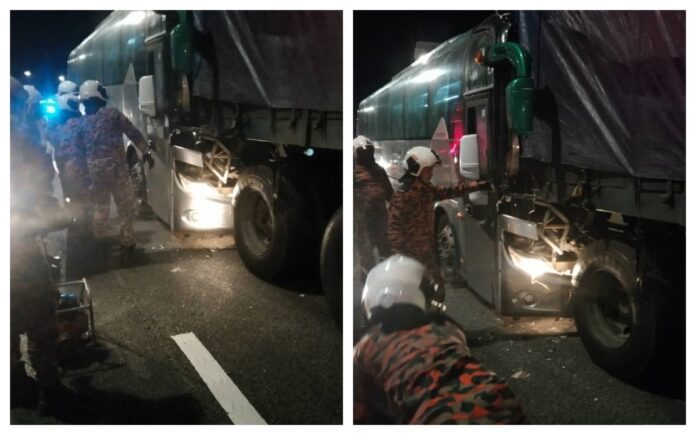 IPOH, Oct 7 — Three people were injured, one of them seriously, after an express bus rammed into the rear of a trailer lorry at Km264 of the North-South Expressway here early today.

State Fire and Rescue Department spokesman said the bus, with 15 passengers on board, hit the lorry laden with iron rods at 2.28 am.

“The department received a distress call at 2.30 am and firemen from the Meru Raya Fire station were rushed to the scene.

“The badly injured express bus driver was trapped in the vehicle and had to be removed by fire and rescue personnel,” he said in a statement.

Two of the passengers of the bus were slightly injured and treated in an ambulance at the scene.