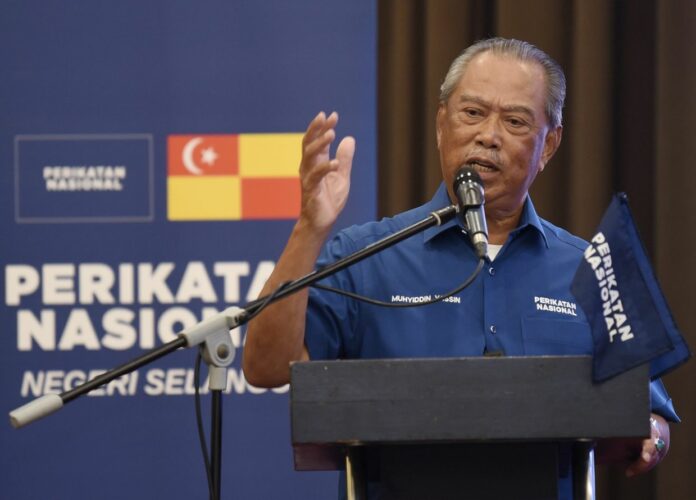 KUALA LUMPUR, Oct 6 — The Perikatan Nasional (PN) Presidential Council meeting today agreed that all the election machinery of component parties should move in the name of the coalition during the 15th General Election (GE15).

PN chairman Tan Sri Muhyiddin Yassin said the matter was decided in the Presidential Council meeting as well as the Bersatu political bureau meeting which took place after that.

“Earlier we had a meeting to discuss the preparations for GE15. When it will be held, we don’t know, but this (preparation for GE15) is nothing new, we have already discussed it several times but today it was done in more detail.

“We have agreed at the PN level that the machinery at all levels move in the name of PN, comprising component parties Bersatu, PAS, Gerakan, Parti Maju Sabah (SAPP) and Parti Solidariti Tanah AirKu (STAR). That’s what we have set,” he told reporters after the meeting.

Muhyiddin added that the Presidential Council had also agreed to continue the Prihatin Tour Programme to provide detailed information to the public on the coalition’s views regarding current issues.

“The ‘Gerai Prihatin’ programme is also being continued to help the people face major issues such as the high cost of living, inflation, and so on… we have already begun in many states,” he said.

On whether PAS would remain in PN to face GE15, Muhyiddin who is also the Bersatu president simply replied: ‘God willing, we will remain steadfast.”

EC may face legal action if Covid-19 patients don’t get to...