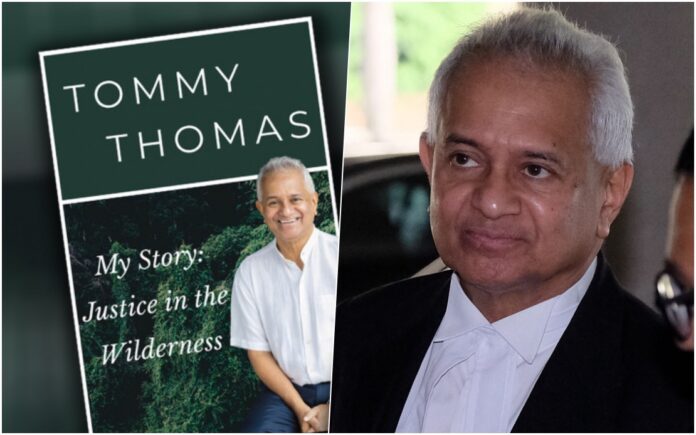 KUALA LUMPUR, Oct 6 — Police have opened an investigation paper regarding the investigation report of former Attorney General Tan Sri Tommy Thomas’ memoirs titled ‘My Story: Justice in the Wilderness’ which was leaked on a local website (Malaysia Today).

Bukit Aman secretary Datuk Noorsiah Mohd Saaduddin in a statement today said the investigation into the website was conducted in accordance with Section 8 of the Official Secrets Act, Section 203A of the Penal Code and Section 233 of the Communications and Multimedia Act 1998.

The investigation of the case was carried out by the Criminal Investigations Department’s Special Investigation Unit after a report regarding the report which was published under the title ‘Rahsia: Laporan Siasatan Ke Atas Buku Tommy Thomas’, she said.

A check on the website found that the report was uploaded today and can be downloaded by users.

On Sept 30, Prime Minister Datuk Seri Ismail Sabri Yaakob ordered enforcement agencies to carry out further investigations into possible misconduct by Thomas, in relation to the various allegations contained in his memoir.

The book, titled “My Story: Justice in the Wilderness”, was published in January last year.

According to Ismail Sabri, the probe against Thomas follows 19 findings by a special task force that has been categorised into four main elements, claims against the judiciary, exposing government secrets, abuse of power, negligence, and seditious statements.

Tourism industry players should get vaccine jab during second phase –...